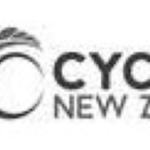 The New Zealand men’s team sprint trio topped qualifying in their first international outing together since their World Championship victory on the opening morning of the UCI Oceania Track cycling Championships in Cambridge today.

The Vantage New Zealand Elite team are taking on the best from across the Tasman in the Oceania Continental Championships at the Avantidrome that offer important qualifying points for next year’s world championships.

Sam Webster rejoined the team after his stint racing in Japan, moving to starter with Ethan Mitchell and Eddie Dawkins as they clocked a competitive 43.132 in the qualifying heat of the 750m team sprint. Their time was only 2/1000ths of a second outside the All Comers record set by Germany two years ago. They will take on the top Australian combination in the final late this afternoon.

The other team sprint highlight came in the women with Australia’s crack combination of Kaarle McCulloch and Stephanie Morton timed at 32.650s to top qualifiers and break the national all comers record of 32.682 set by China at the World Cup in Cambridge two years ago.

McCulloch returned later in the morning to lead all qualifiers in the women’s 500m time trial.
Australia impressed as the only team under the four minute mark in the men’s 4000m team pursuit in 3:57.776 with their combination comprising two members of their world champion team in Nicholas Yallouris and Rohan Wight, and the individual pursuit world champion Jordan Kerby and former three-time world champion Leigh Howard.

They take on the young Kiwi combination of Jared Gray, Hugo Jones, Nick Kergozou and Tom Sexton for the gold medal tonight after the New Zealand combo set a useful time of 4:03.112.

The New Zealand women’s combination of Bryony Botha, Rushlee Buchanan, Racquel Sheath and Kirstie James were fastest in the women’s elite 4000m team pursuit in 4:26.622, the only squad under the 4min 30sec mark.

In under-19 qualifying action, New Zealand’s Shaane Fulton lead the way in the 500m time trial in 36.019; Australia topped the men’s team sprint in 46.180 while New Zealand’s Sophie-Leigh Bloxham and Britney Greene were fastest in the women in 36.556.

Southland’s Corbin Strong leads Waikato’s George Jackson by just two points after the scratch race and tempo race in the four-discipline under-19 omnium.

The finals programme starts at 4pm with medals decided tin the Team Sprint, Team Pursuit, Women’s 500m Time Trial, Under-19 Men omnium, the elite points races for men and women.
There are live results on www.veloresults.com and also live streaming of finals on www.cyclingnewzealand.nz
TRIATHLON