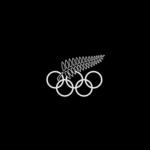 Selections to the New Zealand Team for the Gold Coast 2018 Commonwealth Games have begun with five triathletes today formally announced to the team.

Seasoned games campaigner Andrea Hewitt is the most experienced of the athletes. The 35 year old won bronze at the Melbourne 2006 Commonwealth Games and narrowly missed out on a medal in Glasgow, placing fourth. 2017 was another strong year for Hewitt who won both the ITU (International Triathlon Union) World Triathlon, Abu Dhabi and the ITU World Triathlon, Gold Coast.

29 year old Ryan Sissons is the other games veteran named to the team, having competed at London 2012, Glasgow 2014 and Rio 2016. Sissons comes off a strong season in which he won the 2017 Madrid ITU Triathlon World Cup and placed 3rd in the Hamburg WTS (World Triathlon Series).

After seven years in retirement Spence burst back onto the triathlon scene in 2015 and since then has produced strong results on the WTS. In 2017 she placed 4th in both the Karlovy and Tongyeong World Cup events and 11th at the WTS Abu Dhabi earlier in the year. Spence is a former Junior World Champion in cycling time trial (2006).

Van der Kaay debuted on the WTS last year with an impressive 16th placing in Mooloolaba. In 2017 she placed 4th at the WTS Karlovy in September and 6thin the Tongyeong test event in October.

Reid has also displayed strong, consistent results, this year claiming his first elite podium with a 3rd in the Karlovy World Cup in September.

Both the individual women’s and men’s events will be a 'sprint triathlon' consisting of a 750m open water swim, 20km cycle and 5km run completed in immediate succession.

“It's fantastic to have not only the experience of Hewitt and Sissons who have both been on the WTS for a number of years but to have youth like van der Kaay and Reid who deserve to be there and will develop their skills and potential at the event," he said.

"Spence is another exciting athlete, it's her first time selected to a games team and she's looking forward to getting stuck into training over summer."

Ryan Sissons is looking forward to his second Commonwealth Games.

“I'm extremely happy to be selected and I'm going to take the learnings I made in Glasgow and use these on the Gold Coast. A medal at the Commonwealth Games is what I'm completely focused on now," he said.

Chef de Mission Rob Waddell is pleased to be formally underway with building a team for Gold Coast 2018.

“It's great to begin selecting our team as we're now just under five months away from the Games. We’ve announced five athletes today and each of these athletes, and those to come, will have earnt the right to wear the New Zealand fern at Games time,” he said.

“Triathlon is a great announcement to begin with, it’s an intense sport and what these athletes put themselves through is incredible. We have an exciting triathlon team and we’re looking forward to a great competition on the Gold Coast”.

The triathlon will begin and finish at Southport Broadwater Parklands, set against the beautiful back drop of Gold Coast’s Broadwater and coastline.
TRIATHLON