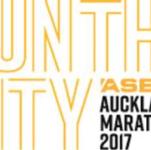 The 2017 ASB Auckland Marathon Charity Hero Programme has proven an enormous success, with $1,053,294 raised, thanks to the hard work and dedication of the more than 700 runners who signed up to benefit 14 official charities.

Race Director Bec Williams is delighted that the target of one million dollars has been exceeded, with late donations still rolling in.

“The Charity Hero Programme is an integral part of the ASB Auckland Marathon and our ability to give back to the community, via those taking part. It is a great motivator for the runners who sign up to help charities close to their hearts. For many this makes the journey to the start line special, and the day itself quite emotional as they realize what they have achieved for themselves, and for their charities.”

Mental Health Foundation is one of the 14 official charities in the Charity Hero Programme, and will benefit to the tune of an incredible $228,000 thanks to the hard work of 250 runners supporting their work.
Keshlar Inglis is Events and Fundraising Coordinator for Mental Health Foundation New Zealand, and spoke of her delight in the money raised, but also the vibe on an amazing day.

“We’ve blown it out of the park, we had to keep putting our target up. I knew the reasons why our Charity Heroes were running and how much our charity meant to them. There were a few tears at the finish because a lot of people were running in memory of loved ones they’d lost and for them to do it just meant the world to them.

“The first female runner just cried and cried, a song was playing that brought back memories of her brother, and as soon as she saw me we just hugged and cried,” Keshlar said.

Ben Pryor is not new to long distance running, but says running for Mental Health Foundation made Sunday that much more special.

“I've run a couple of marathons and 20 or so half's and usually found them to be relatively solitary experiences, but I loved being able to give and receive a little smile and wave to other people running in their purple MHF shirts.”

“The ASB Auckland Marathon event is fast becoming one of the biggest fundraising events in New Zealand, with more than 700 runners raising money for local charities. We’re delighted to support those runners who are actively trying to make a difference in their communities for causes close to their hearts,” Mr Graham says.

“Personal achievement and supporting the wider New Zealand community is a key focus for ASB so we’re proud to support the Charity Heroes programme and all of the runners involved this year.”

The Cancer Society was partnering the ASB Auckland Marathon as a charity partner for the fifth year and also saw a record amount of money raised, with over $150,000 directed their way.

Auckland Division Community Fundraising Coordinator Sue Beuvink has been there for all of those five years, and was once again in awe of those taking part.

“The ASB Auckland Marathon is an inspiring event to be involved in, with most of our runners taking on not only a fundraising challenge, but a physical challenge with many first-time runners taking on the full and half marathon distance.

“Team members have commented to me that running for a charity gives extra meaning to their run and inspiration for their training. Each and everyone has a story to tell whether they have been through a cancer journey themselves or had a close family member affected. It is an emotional place to be at the finish line cheering our runners across the line knowing the connection they have to our cause.”

The funds raised will enable Cancer Society to continue to provide support services for people undergoing cancer treatment including free counselling services, community based nursing support and our helpline. In addition to this, some of the funding will be directed to the Auckland Cancer Society Research Centre whose focus is on developing new and improved treatments for cancer.

“I’ve run the full ASB Auckland Marathon for the past two years, my only marathons, with a clear purpose of raising money for Starship each time. I ran and raised money for Starship because of the first-hand attention and support the hospital has given my daughter, Isabel, throughout her life due to a rare genetic condition. I see running marathons and raising money as a way to show my appreciation for all the help our family has received over the years. Each time, it was helpful to have a worthy cause and purpose for running, over and above my own personal fitness goals.”