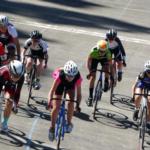 The Wellington Velodrome becomes the focus for track cycling in the capital again as the sixth season of the weekly Burkes Cycles Speed League run by the Port Nicholson Poneke Cycling Club (PNP) promises another summer of exciting racing.

Kicking off on November 5 at the Wellington Velodrome in Hataitai, every round features up to 20 races for ability-based grades, and overall prizes for age grades from under 11 right up to under 19s and seniors.

Four-time women's champion Ele Pepperell will return, hoping to use her consistent place-getting to earn a further Champion System winner's jersey. Pepperell just scraped together enough points to nab last year's title on the final weekend of racing after early competition leader Lisa Hunkin dropped out of the running following a heavy crash in February.

Hunkin is back but this established duo may see previously unheralded rivals emerge from the new women's coaching programme which was set up in October and has attracted a large number of participants.

The men's contest, backed by Coffee Supreme, is wide open with Nick Warren aiming to defend his title but it will be a big ask with long time rivals Grant Perry, Matt Sharland and Mike Thomas, plus back-in-form sprinter Lee Evans, keen to take it off his hands.

Craigs Investment Partners sponsor a new under 19s category, which should see strong competition amongst the capital's top youth riders. Henry Levett will be gunning for the boy's title after a blistering winter during which he won the PNP Criterium Series. His training partner Liam Cooper will be hot on his heels however, as will fast-finisher Louis Hodgkinson, while Grace Saywell will be gunning for the girl's under 19s title.

A refreshed format for The Lanes Bar and Bowling Lounge Sprint Ace contest means six riders each week will race a one lap, all out sprint to gain points towards the coveted Sprint Ace men and women's trophies.

The teams prize is sponsored again by Zeal Commercial Interiors and 2016-17 winners Rivet Racing are likely to receive tough competition from the newly formed Wellington Sprint Squad, as well as last year's runners up Lone Rangers.

"It's going to be another stellar year for track cycling at the Wellington Velodrome," said PNP Track head, Peter Mitchell. "I'm looking forward to some close competition and plenty of new faces using this great facility."

As well as organising Speed League, PNP run training and taster sessions for rookies on the Wellington Velodrome throughout the summer, helping dozens of riders from age 7 enjoy safe cycling.