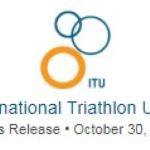 The International Triathlon Union (ITU) is pleased to announce that President and IOC Member, Mrs. Marisol Casado, has been appointed member of the Coordination Commission for the Olympic Games in Paris 2024.

“I am absolutely delighted to be involved in this Commission, and therefore being able to participate since its inception in the development and delivery of the 2024 Olympic Games, which I’m sure that are going to be a magnificent event“, said Mrs. Casado after the appointment. “I was also a member of the evaluation commission, so it will be a pleasure and also an honor to keep the relationship with the organizing committee. I commit myself to serve with dedication, transparency and loyalty to help develop not only our sport, triathlon, but also the whole world of sports in the Paris 2024 Games”.

This Commission will play a decisive role with regard to the organization of the Olympic Games 2024, and will meet periodically to check on the progress of the works of the Local Organising Committee.

The 2024 Commission will be chaired by Baron Pierre-Olivier Beckers-Vieujant, while Vice-Chair will be Mr. Patrick Baumann. The IOC also announced the members of the Coordination Commission for the 2028 Olympic Games in Los Angeles, which will be chaired by Patrick Baumann. "The two IOC Coordination Commissions will assist the Organising Committees with the implementation of their own operational projects in line with Olympic Agenda 2020,” IOC President Thomas Bach said.

“The structure and composition of the IOC Coordination Commissions 2024 and 2028 are not only a fantastic chance for Paris and Los Angeles to benefit from each other’s experience, but also ensure an effective transition between the two editions of the Games,” he added.

“This is a unique opportunity for Paris, Los Angeles and the entire Olympic Movement to drive the development of sport in the countries and to share the Olympic values for many years to come,” he concluded.

Baron Pierre-Olivier Beckers-Vieujant, President of the Belgian National Olympic, said: “The Commission members will mobilize all their energy and technical expertise to support Paris 2024 and help them achieve their vision. We will work with the Paris 2024 Organising Committee to ensure the successful delivery and the positive legacy of the Olympic Games, in line with the priorities of Olympic Agenda 2020,” he added.

Ms. Casado was appointed a member of the IOC in 2010, and since then she has been playing an active role on multiple commissions and activities. She joined the Women and Sport Commission in 2014, being also the only female president of a summer Olympic International Federation.

In 2015, she was appointed to the Public Affairs and Social Development through Sport Commission, presided by Mario Pescante. The last commission to be joined by Casado, in April 2017, is the Olympic Solidarity, presided by the Sheik Ahmad Al-Fahad Al-Sabah, which is focused on giving assistance to all the National Olympic Committees, particularly those with the greatest needs, through multi-faceted programmes prioritizing athlete development, training of coaches and sports administrators, and promoting the Olympic values.
TRIATHLON