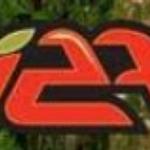 In breaking news TreX, Australia’s National XTri Series, has announced the launch of an all new event for TreX Goldfields and TreX Snowy Mountains with the introduction of the TreX Aquathlon.

BRISBANE – In2Adventure have announced the launch of an all new event for the TreX series with an Aquathlon to be hosted at the Bendigo and Snowy Mountains MultiSport Festivals this season. These events also double as world championship qualification rounds as well as the Australian National Championship in the Snowy Mountains.

The move sees the series aligning with the strategic direction of the International Triathlon Union, the governing body for triathlon world wide which this year hosted the MultiSport World Championship Festival in Canada combining the cross triathlon world championships with its multisport counterparts including duathlon, aquathlon, long distance and aquabike.

The event is hosted by In2Adventure, the team who brought the ITU Cross Triathlon World Championships to Australia in 2016 and have been hosting specialist off road and adventure events throughout Australia for over ten years, however, if our readers are anything like us they question they’re asking is, ‘What is an Aquathlon?’ We put this to Race Director Simon Lazenby.

“Quite simply it’s a Run, Swim, Run. Aquathlon is a great way to get into the sport of triathlon. It doesn’t require a road or mountain bike, all you need are a pair of togs and a pair of running shoes, so it’s a great way for anyone to come along and try sport, especially our young champions of tomorrow.”

The aquathlon events in both Bendigo and Snowy Mountains include a Standard, Sprint, Junior, Teaser and Dirt Kids Courses which offer an opportunity for all ages and all abilities to be a part of the action.
The organisers also added that the addition of the TreX Aquathlon adds a new dimension to the ever popular Dirt Master Challenge that is an integral part of the Bendigo and Snowy Mountains MultiSport Weekend.

Master contenders tackle three hardcore multisport events across two days with the aim to take out the ultimate title of Dirt Master or Dirt Mistress. This year that will include the TreX Cross Triathlon on Saturday morning, the Aquathlon on Saturday afternoon and Trail Run Festival on Sunday.

Proudly supported by the City of Greater Bendigo, the Goldfields MultiSport Festival will take place on Saturday 25th & Sunday 26th November. Event Director Robyn Lazenby told us that
“Bendigo is often seen as a contemporary regional centre, however, what most people don’t realise is that it is a real hidden treasure when it comes to action packed multisport events. Crusoe Reservoir provides the perfect backdrop for a challenging off road swim, mountain bike and trail run for the TreX cross tri, plus the on road trails for an aquathlon; and then a spectacular trail run festival course, all in the one stunning location.

The same can be said of Lake Crackenback Resort & Spa in the Snowy Mountains. Not only does it offer world class mountain biking and trail running facilities it also has the capacity to host a great on road aquathlon course as well.”

Entries for the TreX Aquathlon events open Tues 10 October and full information and entry details can be found on the website at: