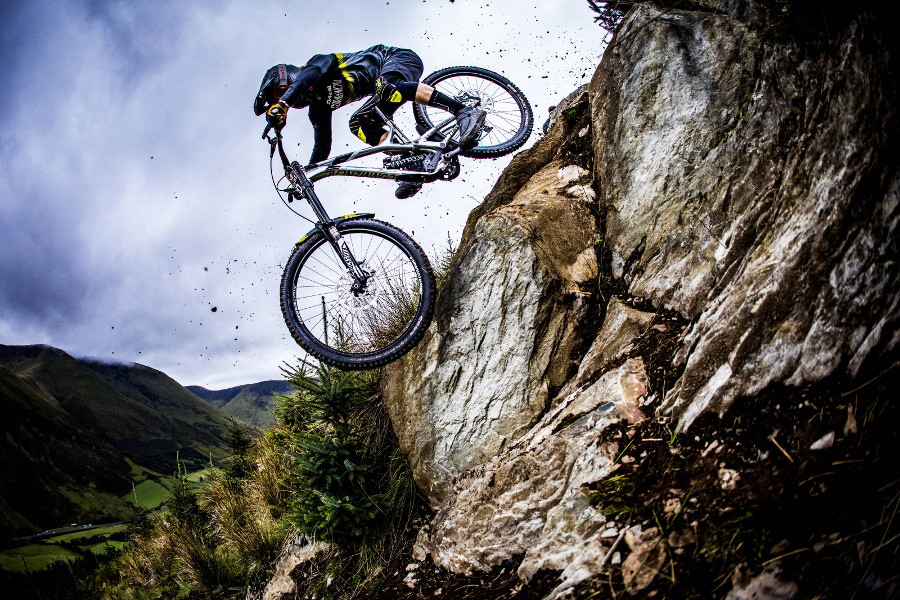 The Sheffield rider was not the favourite heading into Sunday’s action with fastest qualifier Adam Brayton and defending champion Bernard Kerr looking the more likely for victory.

However Brayton crashed out in the final section, while Kerr made too many mistakes to finish two seconds behind Evans with course creator Atherton charging down for a gallant third.

Kerr added, “I didn’t win, so not great. It was so slippy. I think it had just started raining as the rider before me went off and it just went to ice instantly. I tried to hang on to it and ride smart after that, but not quite enough.”

Riders were caught out by the slippery, steep rocks just before the massive road gap with many slipping pedals and some coming off altogether.

Atherton declared, “This year’s Red Bull Hardline was definitely the toughest it’s ever been, from the moment we started building the course we’ve been battling the weather.

“But all the riders who came have been amazing. It’s been such tough conditions on the course, but they all pushed hard all week and everyone rode awesome. Crossing the finish line for my final run, I’ve never felt such relief and the fact that I was third made it even better.”
TRIATHLON