After 8hours:10mins:52secs of racing in the Torpedo 7 Spring Challenge South adventure race around Geraldine, only 1 second separated the top two nine-hour category teams at the finish line Saturday.

In some of the closest racing this event has seen, teams Pak n Save (Jo Williams, Simone Maier, both of Wanaka, and Christchurch’s Sia Svendsen) and Torpedo 7 (Sophie Hart, Fleur Pawsey, both of Christchurch and Nelson’s Susie Wood) were neck-and-neck going into the final 4km orienteering stage. They remained inseparable during this final navigation challenge and ended up sprinting down the finish chute fighting for first place. Pak n Save made a final winning effort, claiming Torpedo 7 Spring Challenge South victory by one of the smallest margins ever in this category.

All three of them often race as part of four-person teams, where they are the sole female, so racing as a trio of girls forced them to adopt different roles.

Jo took up the navigating, Sia took care of organisation and Simone towed when necessary.

“We had a few hesitations on the navigation but nothing too major which was a huge relief. It was a fantastic team of girls we had a great day out there,” Jo says.

Multisport guru Sia says the toughest part was on the hike.

“It was pretty cold on Little Mount Peel and I think we made a good choice coming back down the track. We saw a lot of other teams. We were together with Torpedo 7 the whole way.”

Ironwoman and accomplished multisport athlete Simone was asked how she liked racing side-by-side with the equally-talented Torpedo 7 team.

“I quite enjoyed it, I have to say. I’m not sure they did. They were going really well and my team was awesome. We all worked really hard together. That was amazing. Sometimes they would disappear and then they would pop up again and we would have a bit of changeover of the lead,” she says.

Two-time Coast to Coast champion and three-time World Adventure Racing Champion Sophie Hart had her 8-month-old baby Willa watching her cross the finish line. She described the Geraldine-based course as “one of the hardest” Spring Challenges she has competed in.

“We had a great day. The course was a really hard course and kept us honest out there. We really enjoyed the trek heading up to the Little Mount Peel shelter and it was quite nice seeing a lot of the teams coming back down.”

Challenges for her were: “Definitely this last 50m [to the finish line] it was just all on and I didn’t have any gas left in the tank unfortunately.” 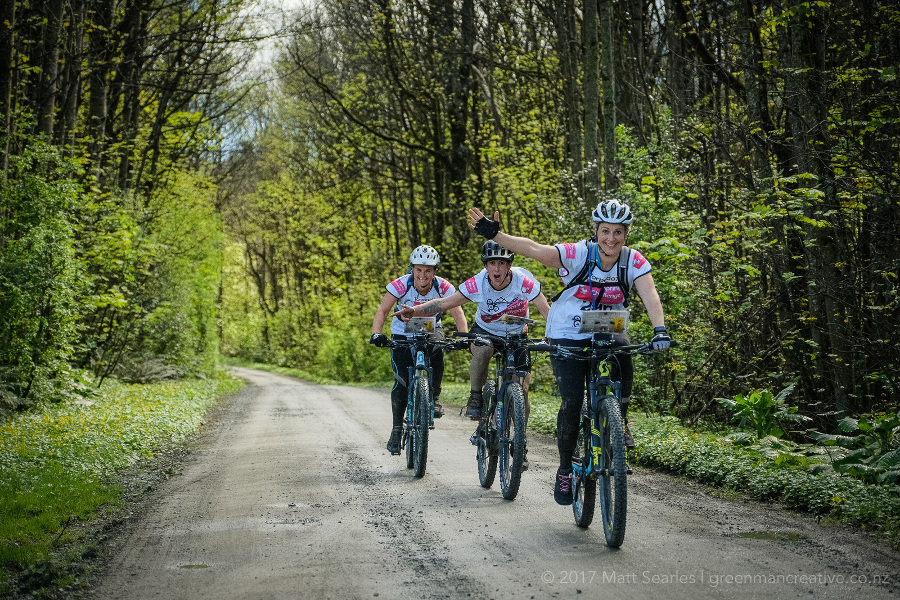 A lot of women racing in the Spring Challenge have children and have to balance their training accordingly. Sophie was asked by the commentator, what it was like to have a baby and come back to race at this elite level.

“I feel privileged to be able to do it to be honest. It was always going to be a bit of a long shot. The most important thing for me is I’ve got a pretty amazing husband who has been incredibly supportive and has really wanted me to do this race. Training just changes a bit and you adapt and spend more time on the wind trainer,” she says, laughing.

Jodie Fa’avae, who organises the Spring Challenge with her five-time World Adventure Racing Champion husband Nathan, says: “We are so lucky in New Zealand to have such amazing female athletes in the top 9-hour teams.”

“Both of them had multiple World Adventure Racing Championship-winning girls in the teams. While Spring Challenge is for everyone, it’s really inspirational for other women to see a hard-fought race going on at the top end of the field.”

Georgia was happy with their debut as a team.

“It was a pretty solid race. We didn’t really have any big mistakes. We were a little bit off the pace of the front two teams but we were really happy with how we went.

Isla says the mountain bike ride and “hiking our bikes up the hill for half an hour” on Orari Station was the toughest part of the day.

“That was an epic trail. It was one of the best runs,” she says. 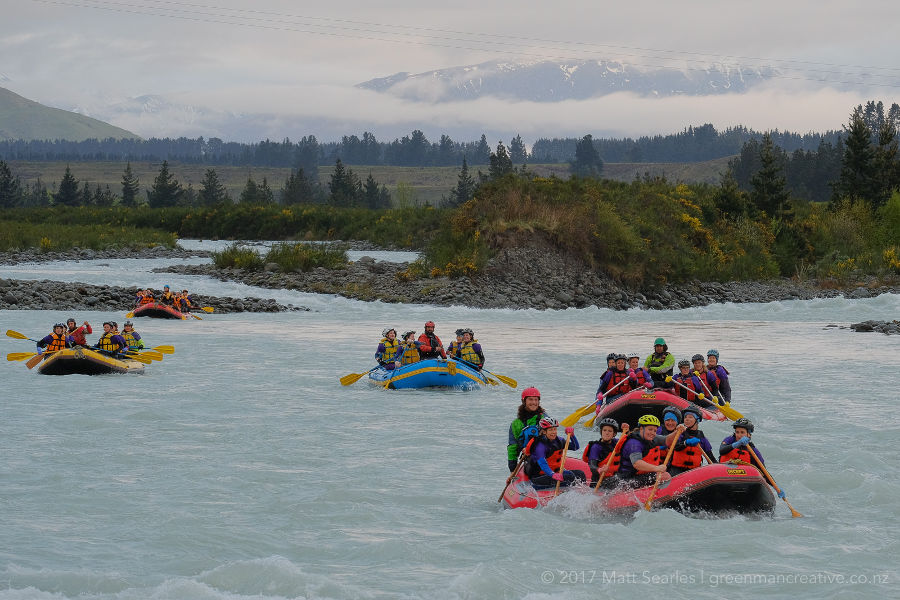 For the Spring Challenge organisers Nathan and Jodie, who spend a year planning this event, seeing it achieve the status of the biggest adventure race in the world, in its eleventh running this year, has been exciting but also somewhat daunting.

With 1800 women out rafting then navigating their way through hiking, mountain biking and orienteering stages in 3, 6 and 9-hour categories, the logistics were always going to be a challenge.

As the event wound to a close tonight Nathan paid credit to the 160 staff and volunteers, the support crews and especially to the participants for pulling off an event involving 1800 competitors.

“The thing that makes this special is the atmosphere the women themselves create. Their spirit of competition, patience, respect and understanding is what makes Spring Challenge a successful event.”

“There are pink balloons up all over town and signs welcoming the Spring Challenge. We have had so much support from the people of Geraldine and also the local high school, which has supplied us with volunteers from its outdoor education programme.”

The weather played ball with early rain showers clearing to a sunny day as the 600 teams of three women rafted down the Rangitata River in four start waves. From there they took different courses depending on their race category and travelled up into the hills around Deer Spur, Mount Peel and Orari Station, before finishing at the Geraldine Domain.