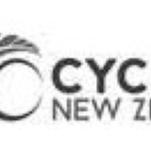 Tough experience for Under-23 road riders in the wet

It proved a punishing race including 10 laps of the circuit in Bergen with an ascent of Salmon Hill, used in the time trial, each lap and made more challenging in the rain.

With the powerful nations all boasting full six-strong teams, the Kiwi trio of Mudgway, Dobbs and Regan Gough held on for as long as possible.

“That was a brutal race and quite dangerous in the rain. All the guys went as hard as we could,” Dobbs said. “It was such a long race that you had to conserve the whole time and with two laps to go on the climb the legs just shut down so I just rode in with the second chase group to the finish.

“It is hard for the Kiwis to ride in the front because we get shut down by those big countries so you are fighting all the way.”

Dobbs said he found it a significantly different experience than the races with his professional team, which is the development squad for World Tour team BMC. He also had some mechanical issues with his handlebars slipping, receiving assistance from the team car several times and was then had to ride back on to the bunch on each occasion.

“I am happy though. It was an amazing experience. I left everything out on the track and couldn’t have done more,” said the Cambridge cyclist.

A select group pushed clear at the front of the race with two laps remaining. Frenchman Benoit Cosnefroy bridged up to the late break by Germany’s Lennard Kamma who had attacked up the climb for the final time. He managed to catch him on the descent and win the sprint finish.

“It was demanding. It was very drippy all day. You were always climbing or descending or getting around a very dangerous corner, so they wasn’t a lot of opportunity to organise a chase in the peloton or even move up the easily,” said Gough who was feeling off-colour today.

This is followed by Linda Villumsen and Georgia Williams in the elite women’s road race of 153km with eight laps of the city circuit including the climb of Salmon Hill.