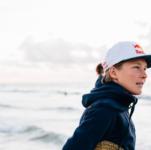 “Our race on Hamilton Island earlier this year was an exhibition of what was to come. Super League Jersey is formally the first event of the Super League Triathlon season and we are proud to have the world’s best athletes male and female on our starting line,” says executive chairman and co-founder Chris McCormack.

The first day of racing will feature the Triple Mix, which will test athletes’ adaptability to switch-ups to the traditional swim-bike-run order of triathlon and rewards a willingness and ability to go hard from the gun. The Triple Mix has three stages (swim-bike-run, run-bike-swim, bike-swim-run) and pursuit starts in Stage 2 and 3 that will allow athletes to build a lead from Stage 1 and challenge them to hold onto that lead until the final finish line in Stage 3.

The most challenging may be in Stage 2 and Stage 3, as athletes are unaccustomed to swimming after cycling. “Legs will feel very heavy in that swim,” says McCormack. “Athletes with good swim mechanics and natural speed can get an edge on the competition here, and if they get a big enough gap and can hold onto it, they can very well win the day.”

Two such athletes are Carolina Routier and Lucy Hall, renowned for their prowess in the water. Hall might be the stronger cyclist between the two, but Routier has the better run, a common weakness among fast swimmers. Routier may have the insider’s edge; with fiance and training partner Mario Mola having placed overall runner-up on Hamilton Island, they may have rehearsed such scenarios.

“I’m just excited to give it my best. It’s something we don’t get to do on the regular triathlon circuit and anything can happen,” says Routier.

On the second day, the Eliminator will whittle the field down to the best of the best. Only the top 15 finishers in Stage 1 will proceed to Stage 2, and of those only the fastest 10 can race Stage 3. Between each stage, the first athlete across the line will have ten minutes to recover, while succeeding athletes will have less time. The previous day’s racing may also play a role in how sprightly the athletes will be.
“The question posed to these athletes is: will they want to expend effort to get to the front and take advantage of a longer rest, or will they just avoid elimination in Stage 1 and 2, conserving the energy to power through to the Stage 3 win?” says McCormack.

In the previous race on Hamilton Island, it was not the veterans Richard Murray or Mario Mola who took the Eliminator win after three stages, but young Jake Birtwhistle who put on a burst of speed in the final 500 meters. From the women’s roster, athletes with a mixed relay world championship pedigree may rule this format, such as Kirsten Kasper (2016 - USA) and Charlotte McShane (2017 - Australia). The distances are similar, with the major difference being the multiple stages and the threat of elimination.

“I definitely think I have the run legs to get to the front of the pack,” says Kasper, a former collegiate cross-country and track star. “But it really depends on staying close enough to strike out for the win. This field is so deep, it’s going to take everything I have.”

London Olympic silver medalist Nicola Spirig and world championship bronze medalist Katie Zaferes will have targets on their backs. As Super League Hamilton Island showed, the big names in Olympic triathlon might not be the ones standing triumphant at the end of the day. Will this prove to be the case in Jersey?
Watch the world’s best race live on www.superleaguetriathlon.com or youtube.com/superleaguetriathlon. The women’s races will stream at 4:00 p.m. on September 23rd and at 1:00 p.m. on September 24th (all times GMT+1).
TRIATHLON