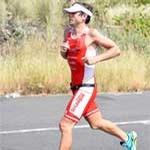 Steffen took the win over frequent rivals Radka Vodickova and Liz Blatchford. The Swiss stopped the clock in 4:12:18 after exiting the water mere seconds behind the Czech and the Aussie, taking the lead and pushing the pace on the bike, and finally pulling way ahead on the run with the fourth fastest run split to defend her title and finish as sixth overall. She has proven herself a master of racing in Asia’s heat and humidity.

"I am over the moon to win IRONMAN 70.3 Vietnam for the second time. I knew coming into this race I was in good shape and I really wanted to defend my title. It is a race that is very close to my heart as it supports the charity Vietnam Newborns," Steffen said.

Fredrik Croneborg claimed his comeback from a chronic foot injury with the top spot at Challenge Taiwan, doing most of the work on the marathon leg of the full distance triathlon.

Croneborg came out of the water six minutes behind two-time winner Dylan McNeice and Patrick Evoe. Misfortune struck on the bike course at kilometer 36 when he got a flat tire, but a quick repair and some hard work helped him minimize the damage to only four minutes down at the bike-to-run transition. “The run was hot and both Dylan and Patrick were struggling,” he recalled. “I was able to move into the lead around the 13K mark and keep it from there to the finish. The hardworking Swede said, “After a third place in 2013, second place in 2014, it was nice to make the top placing.”

In stark contrast to the soaring mercury in Asia, Ironman 70.3 St. George was cold and wet. Brent McMahon and Ben Hoffman made the best of the circumstances to finish 5th and 12th on the day. 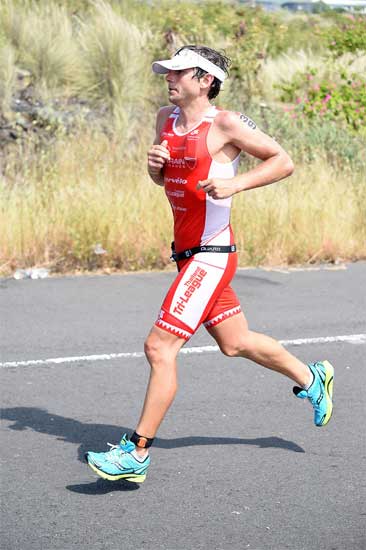 McMahon called it a “make-you-a-hard-man kind of day.” He said, “We had a bit of wind, we had a bit of rain, we had some cold weather, and it all started with a cold swim. I was as tough as I could be, but got a little chilled on the bike.”

Rain on the technical and hilly bike course made handling challenging. “The downhills were tough but I tried to stay on it, finished up on the bike in 10th or 11th,” he recalled. “After about 4K of uphill running, I could feel my feet… My legs felt good once I thawed out. I was going as hard as I could in the final sprint and I came up a little short of the podium and ended up with fifth, but on a tough day in cold weather I was super happy to finish it off.”

Coming off winning the Ironman African Championship last month, Hoffman struggled a bit more. “Yeah it was a crazy day out here in St. George,” he said. “It was one of those days where the body and the mind didn’t quite agree, but I’m proud of the way I raced -- I fought all day and tried getting the best out of myself and I was just outside the top 10. Four weeks out of Ironman South Africa, I can’t complain. I had a rough day and there was just a few better guys out there today.”

Watch out for the Bahrain Endurance Team’s Javier Gomez at World Triathlon Series Yokohama and Terenzo Bozzone at Ironman Texas.