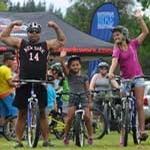 RBF 17 - dates are set for the 5th anniversary festival

Dates for the 5th anniversary Rotorua Bike Festival are confirmed.

“Mid-February has worked very well since 2013,” says David Crowley from the Bike Festival Charitable Trust. “Those dates have become an important part of the festival brand.

A recent survey of event organisers and participants showed a strong preference for the festival remaining about 10 days long and in February.”

The Festival has grown rapidly over the last four years, from around 2700 participants in 2013 to 5600 this year.

“The beauty of the festival is that it includes events for all types of bikes and biking enthusiasts,” Crowley continues. “We have elite sportsmen and women competing at a very high levels right through to mum, dad and the kids riding with the grandparents.”

In 2016, the Giant 2W Gravity Enduro, MTB Beginners Ride and a workshop by local photographer, Mead Norton all sold out well before the festival started. Other events, like The Big Bike Film Night, also sold out.

“The Festival is supporting this,” he says. “That’s a real help getting full houses all over the North Island with Tauranga and Auckland up next.” 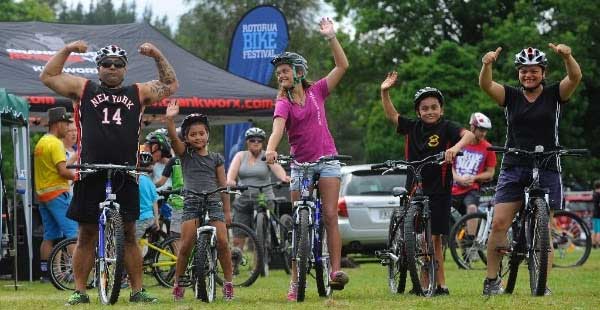 MTB Beginner's Ride  - the joy of biking, the spirit of the Festival. Photo © Allan Ure/Photos4Sale

The Mountain Biker’s Ball was very successful with $15,000 donated to the James Dodds Memorial Fund. This week a further $1900 was donated to the fundraiser for Laura Stuart, who was left a paraplegic after an accident on the eve of the festival.

The Festival’s biggest event, the Runway Project at Rotorua Airport, broke records with 1300 people taking the unique opportunity to ride the runway, up from 800 in 2015.

“Events like this bring a lot of non-competitive riders into the festival family,” says Crowley. “That spirit of community and participation is what really drives our success.”

A third of events over the last two festivals were new ones.

“It’s great to have a fresh range of events every year alongside all the well-established favourites,” says Crowley.

The Festival has received excellent backing from its partners.

“RotoruaNZ.com and the Rotorua Trust have been supporters since 2013, joined in 2016 by The Southern Trust, the Lion Foundation and Infinity Foundation,” he adds. “Along with our team and all the organisers, they’re what makes our festival tick.”
TRIATHLON