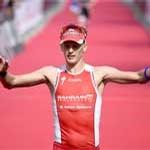 Steffen won the inaugural race in Vietnam last year during a heat wave, and this year promises to be no different. “It looks like the Danang oven is gonna be on again,” she said. After returning from a podium finish at Ironman 70.3 Oceanside four weeks ago, the Warrior Princess is pretty happy about her fitness. “My biggest competition will be Liz Blatchford and Radka Vodickova, who both are excellent runners.”

Aside from the title defense, the Swiss star also returns to Vietnam for an advocacy she began last year, when she donated her first-place prize money of USD$3,000 to Newborns Vietnam, a charity organization devoted to reducing newborn mortality rates in Asia.

Steffen is auctioning off three different packages of personal items and sponsor products. “I really hope with a little support from the outside I will be able to donate the same amount I did last year and provide the hospital with another CPAP machine, a piece of life-saving equipment.”

To view the items and submit a bid, please visit: http://ironman703vietnam.com/VNG/vietnam-charity-supported-by-xena/

At Challenge Taiwan, Fredrik Croneborg will embark on his first full-distance triathlon since competing in the Ironman World Championship last year. The Swede has slowly and carefully built back up to long-distance after a recurring foot injury kept him from proper run training. “I hope I can do a good race in Taiwan on Saturday,” he says. “I have been focusing on getting my run back in shape the last few weeks and this will be the first race this year I feel prepared in all three -- swim, bike, and run.” 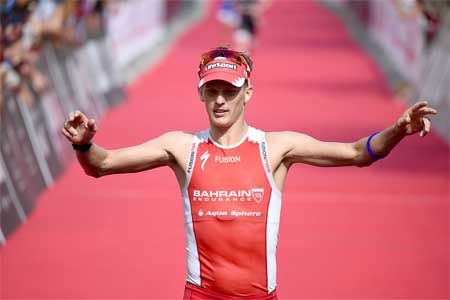 McMahon took silver last year and was the first North American pro across the finish line. This year, he arrived in St. George two weeks before the race to prepare properly. He says, “There's something about the rugged and beautiful scenery that makes this course so special. It is this geography that makes this course so challenging and that's what I love most about this event. I have come each of the previous three years to test my strength and speed and see where my limits are. This year is no different, I have set new standards in training coming in and have come here to race for the top spot on the podium and another North American Championship.”

Hoffman is coming off his tremendous win at the Ironman African Championship four weeks ago, and looks forward to returning to one of his favourite races. “I have been there for every edition of the event since 2010. The scenic beauty of the course is only outdone by the savagery of the challenging hills, but I love the honesty it creates and the true test of mental and physical strength. This is the soonest I have raced after an Ironman event in my career, but I expect the vibe to help lift me on race day, and I will give everything I have."