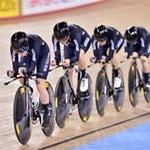 Cycling New Zealand considers the bike technology and design to be one of the key supporting components that will hopefully contribute towards riders being rewarded with medals at the Rio Olympics.

“Along with key partners including High Performance Sport New Zealand, our riders, coaches and support staff,  we have worked and will continue to work very hard to ensure we leave no stone unturned in our preparations for Rio,” said Cycling New Zealand high performance director, Mark Elliott.

“Our equipment is a key component of this equation and we are delighted with our partnership with Avanti.

“We know we have a world class machine which is vital to our campaign. And that it has been designed in New Zealand is special.”

The new bikes are lighter, stiffer, and a step-change in terms of structural and aerodynamic design.  This continues Avanti’s involvement supporting high performance cycling, having developed the ground-breaking Pista Evo II models ridden at the London Olympics in 2012.

Avanti Design Engineer David Higgins has been at the forefront of the new technology which will be rolled out at Rio with both the sprint and endurance teams.

“It’s been the most technology-driven project we’ve ever created, and what better platform to showcase innovation than competing against the best on the world stage,” said Higgins. 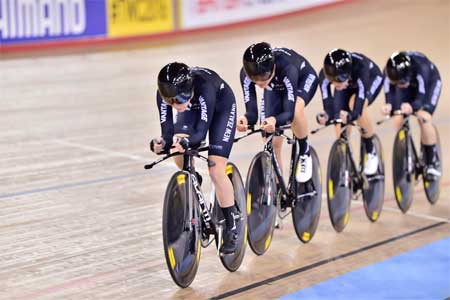 The women’s team pursuit in action at the UCI World Championships in London this year. Photo © Guy Swarbrick

Elliott said the new Avanti bikes have been exhaustively tested in simulation, in wind tunnel testing and now on the track with the help of the Avanti development team and Cycling New Zealand’s sports scientists.  The bikes will not be used in any major competition until Rio.

Avanti has played a key part in cycling success in New Zealand dating back to the bike that Sarah Ulmer used to ride to a world record and gold medal at the Athens Olympics in 2004.

Avanti’s Head of Product Stephen James said Avanti is proud to once again be supporting New Zealand’s elite track riders in their bid for Olympic success.

“We’re really excited to have Kiwi riders racing on Kiwi designed bikes again this year.  Rio will be the fourth consecutive Olympics with New Zealand’s involvement on Avanti Bikes – and we’re pleased to be supplying Avanti bikes for the entire track team this year” said James.

Cycling New Zealand’s track squads will head to USA and Europe in May for racing and preparation with the full Olympic track team to be named by 4 July.  New Zealand is one of only three nations to qualify full quotas in every track discipline for the Rio Olympics.
TRIATHLON