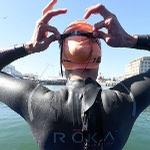 Rebecca Spence (Auckland) enjoyed a career high finish of 13th at the Cape Town leg of the ITU World Triathlon Series on the weekend, pacing herself superbly over the sprint distance.

The Kiwis were to the fore in the swim and bike, with Simone Ackermann (Cambridge), Nicky Samuels (Wanaka) and Spence all exiting the water in good shape and riding strongly in the large main bunch. But it was on the run that Spence proved strongest of the Kiwis today, running 17:01 for the 5km to post her best ever finish at WTS level.

Flora Duffy (BER) was the only athlete to show out on the swim, establishing a lead of 16 seconds on to the bike with the large chase pack of 35 including the three Kiwis biding their time, eventually closing on the final lap into T2. 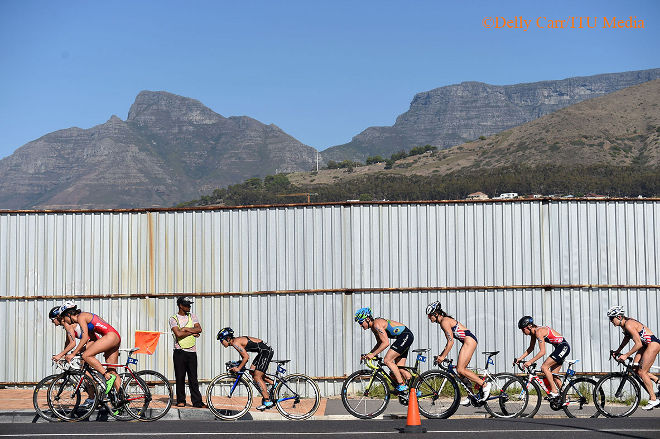 It was then that eventual winner Non Stanford (GBR) and silver and medalist Jodie Stimpson (GBR) made their move, with Duffy backing up with a strong run for the bronze.

Samuels ran home in 30th place with Ackermann one spot back in 31st. The strong result for Spence backs up her 15th place finish at the Quality Hotel Plymouth World Cup and 29th at the Gold Coast World Series so far in 2016.

In the men’s race sole New Zealand representative Tony Dodds again put together strong swim/bike legs to sit comfortably with the leaders as they entered T2 before he lost time on the run, with the lack of training weeks showing in the legs as he continues to build into his 2016 campaign.

Dodds exited the water with the leaders and settled into his work in a breakaway group of 11 that would soon become 14 but hold a 27 second advantage over the chasers coming into transition. The Wanaka athlete finished in 33rd place as Spaniard Fernando Alarza won his first WTS event, with Jonathan Brownlee (GBR) winning silver and Frenchman Dorian Coninx on the WTS podium for the first time in his career winning bronze.