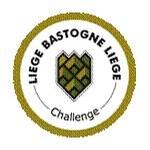 Following the Flemish races now comes the Ardennes! The page of the Paris-Roubaix Challenge has just turned and now comes a new exceptional amateur ride, the Liège-Bastogne-Liège Challenge, which will be held on Saturday 23 April. Thousands of enthusiasts will have the chance to take on a legendary bicycle race.

Key points:
•  Thousands of participants at the start of the oldest of the classics’ amateur ride.
•  Three courses of 76 km, 158 km and 271 km (the long course is identical to the pro race) peppered with hard going climbs
•  The extraordinary atmosphere of a race held the day before the running of the 102th edition of the pro race
•  A final opportunity to participate in this event by entering on-line

An exceptional ride the day before the professional race
The Liège-Bastogne-Liège Challenge, like the Paris-Roubaix Challenge, allows amateur riders to become a part of the legend of a major cycling classic, the day prior to the professional race. On Saturday 23 April, thousands of riders will attack the Belgian climbs and ride in the tracks of pros from another era (Eddy Merckx and his five victories in 1969, 1971, 1972, 1973 and 1975) and today (Alejandro Valverde and his three victories in 2006, 2008 and 2015).

Plunge into the atmosphere of the oldest of the classics
Riders taking part in the amateur event prior to La Doyenne will experience an event with un-equalled intensity. A particular fervour will reign in the Halles des Foires de Liège, the epicentre of organisation of the Liège-Bastogne-Liège Challenge (start and finish area, information and registration points), but also on the course punctuated with timed climbs (La Redoute, Roche-aux-Faucons and Saint-Nicolas) and on the refreshment zones. This unique atmosphere will reach its heights on Sunday, the day following the ride, when the professionals head into action.

Last chance to enter
There is still time to register and participate in the Liège-Bastogne-Liège Challenge by downloading the entry form on the official site www.lblchallenge.be then presenting the duly completed form at the registration area located on site at the Halles des Foires de Liège.

For more information about the Liège-Bastogne-Liège Challenge: www.lblchallenge.be
TRIATHLON