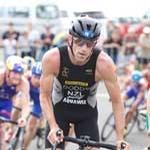 South Africa hosts the next round of the ITU World Triathlon Series (WTS) with a sprint distance event in Cape Town this weekend, with elite racing taking place on Sunday and set to feature New Zealanders Tony Dodds, Nicky Samuels, Simone Ackermann and Rebecca Spence.

For Dodds and Samuels it is a chance to continue to get vital racing under their belts and another shot at fulfilling another piece of the Olympic qualifying criteria (top 8 in WTS).

It marks just the second race of the season for Dodds and his first WTS event after finishing 24th at the Quality Hotel New Plymouth ITU World Cup earlier this month.

“Cape Town is my first WTS race for the season, it's an important one but nothing will change in my lead up from any other race,” said Dodds.

“We have been here for just under a week now adapting to the time change and environment, and it's one heck of a place - one of my favorite so far. I haven't looked too much into the race course just yet but will do that in the final few days, I've been too busy enjoying my morning coffees!

“We have been based out in Durbanville near Richard Murray (South African athlete) so he has helped us with everything around the area. Training has been getting better and better but so often you never know until your feet hit the ground after the bike how well you're feeling.

“My goals are pretty simple, keep near the front and make sure that in every race I'm able to monitor and potentially be a part of any breakaway, giving me the best chance of a great result!” 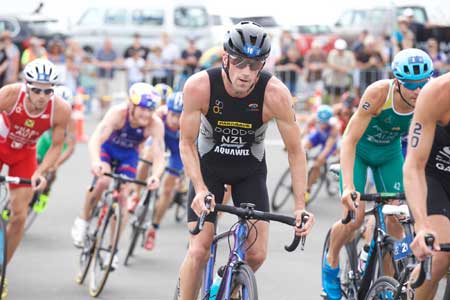 Samuels is hoping that her hometown of Wanaka and the cool lake swimming conditions will have her primed for what looms as a rather cold swim on the weekend. Like Dodds she too is focused on execution and making further progress as she returns to the top level of the sport.

“Cape Town might seem rather a long way really especially for a sprint race but travel and jet lag aside it’s good to be here because I am in desperate need of some good quality racing – that is easily the overriding factor for me. I have only two races under my belt since August 2014, therefore racing is so important to lift my form back to where it was pre-injury and my year and a half out of competition.

“Last weekend on the Gold Coast I finally had my first good run session since I have been back training which just reminds me that each week I am making gains. All I want out of this race is a reflection of that progress.

“The swim will be interesting this weekend though, as it’s meant to be only 11 or 12 degrees but I'm sure Lake Wanaka has prepared me well for that rather chilly first encounter on race day!”

For Ackermann and Spence it is another chance to shine and also put their names forward to the Tri NZ Selectors with Rio in mind, both raced steadily in their most previous outing, Ackermann finishing 26th and Spence 29th at the Gold Coast WTS with each looking to again execute strong race plans, this time over the sprint distance.

Tri NZ high Performance Coach Tim Brazier is with the team in Cape Town and describes the final few days of preparation.

“Our preparation this week has taken us to Durbanville, a suburb of Cape Town where we were able to link with Richard Murray in his training environment.  It has been great here, the training is fantastic and it has allowed us to recuperate from the travel, then blow out the cobwebs pre hitting Cape Town on Friday to race on Sunday.

“The weather has been very settled, and it is looking like some warm weather will greet the athletes out of the frigid 12 degree water swim in the inner harbour.  Onto the bike we are expecting a tight, technical course, and unlike previous years we are only racing a sprint distance event, so the pace will be hot with athletes willing to gun it more. Similarly on the run it will be flat and fast, with 4.6km on the road and then a unique 400m finish on the athletics track in front of a Grandstand.

“The guys are chomping a bit to race, especially Nicky and Tony who have had such a long time away from racing.
TRIATHLON