The Chengdu World Cup has become famous for its completely man-made triathlon course in Jintang. 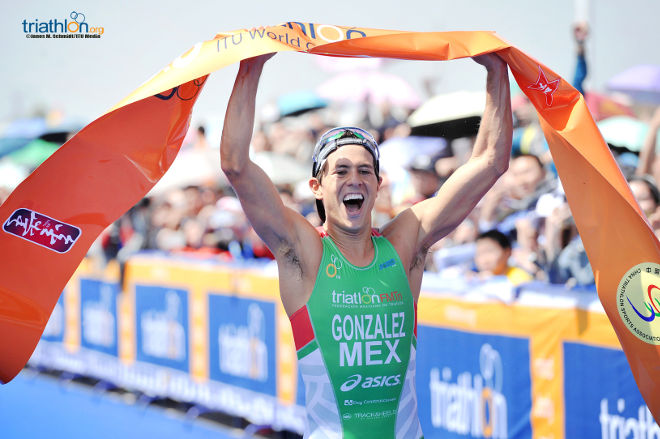 Men's Review
In a quite remarkable performance in how to risk it all and race from the front,Rodrigo Gonzalez (MEX) won gold at the 2016 ITU Chengdu World Cup, in the process earning a career first podium at World Cup level and improving his chances of a start at the Rio Olympic Games.

The Mexican was sporting the biggest smile in China as he crossed the line 27 seconds ahead of Rostyslav Pevtsov (AZE) with Marten Van Riel (BEL) a further four seconds back in the bronze medal position after the two had outsprinted a large chase pack in the final metres.

“This is very important, a very happy moment for me in my life, I have been near the podium in past occasions, in Edmonton I was fourth but I was third for the whole race and only passed in the closing stages by Ivanov so I missed the podium that time," Gonzalez said.

“I knew it was a matter of time to get this podium and hopefully at the top, I am very happy especially now with the pressure of Olympic qualification, this result recovers third spot for my country and while I think it is a matter of keeping it for the next three races and racing smartly. Even if I don’t make it to the Olympics I am very happy for my country and I hope that this is the first of many more to come. 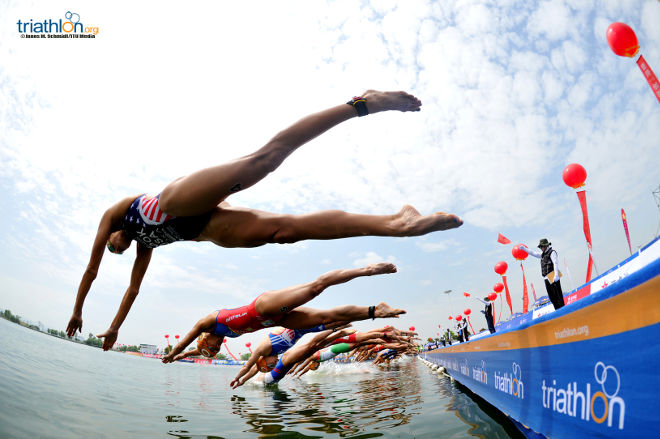 Women's Review
As with the men’s race, it was a first time ITU World Cup winner in the women’s with Summer Cook (USA) taking gold ahead of Claire Michel (BEL) and Lisa Perterer (AUT) at the 2016 ITU Chengdu World Cup.

After a mass exit off the bike leg, Cook was clearly the strongest runner in the field, moving clear of a cramping Michel at the 5km mark to win by 37 seconds, with another 19 seconds back to Perterer - winning the bronze medal courtesy of a sprint finish ahead of Yuliya Yelistratova (RUS), on a perfect day in Jintang Province, Chengdu.

The final two laps on the 6.67km bike circuit were largely controlled with the only jostling coming in the final approach to T2 as leading athletes looked to gain vital seconds through transition and onto the run leg. 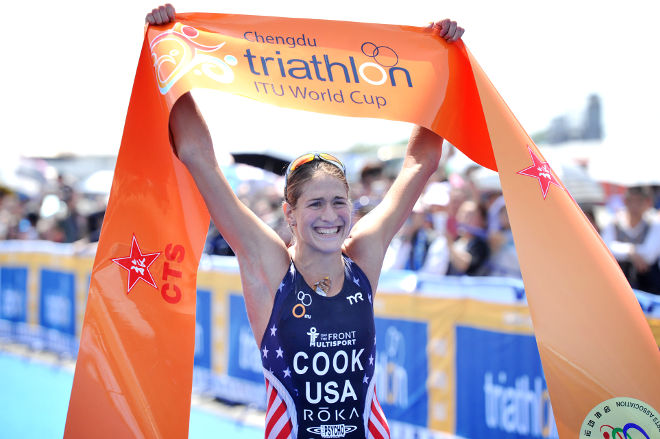 Cook and Michel proved the strongest as they edged clear on the run, the margin a reasonably small 10 seconds at the end of the first 2.5km lap, but late on lap two Cook turned up the heat to move six seconds clear of Michel, with the chasers led by Perterer and Yelistratova now falling away, albeit in a tight tussle themselves for the bronze medal.

The American controlled the final lap expertly to notch a career first World Cup win and was understandably delighted with the gold medal.

“I am really happy, this just validates all the work I put in over the winter, I am very excited at all the hard work paying off and continuing to work just as hard moving forward. Today was the first time I was able to execute some of those things I have been working on and so happy that I was able to back it up with my best result ever. 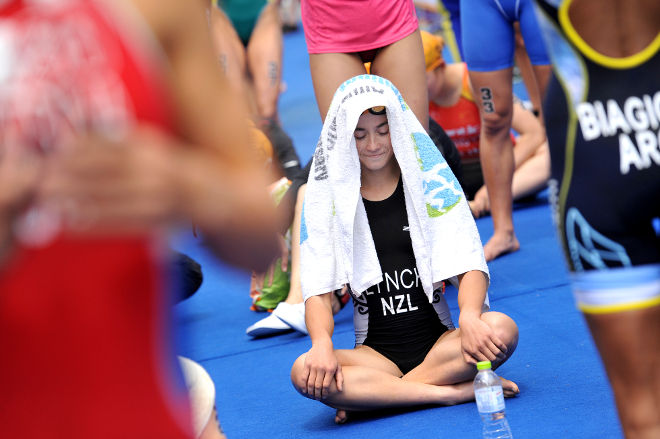