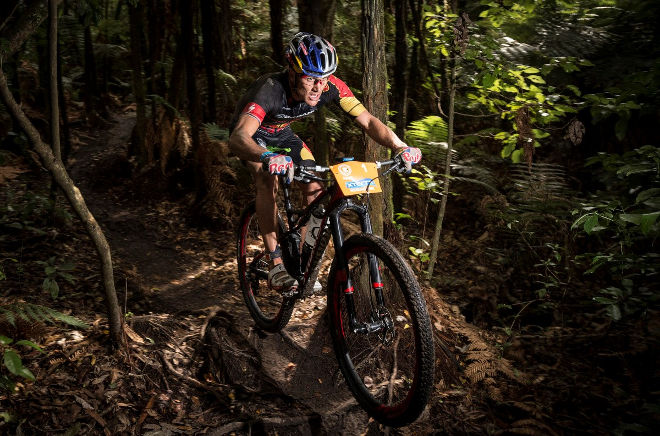 In a triumphant return to off-road racing, Wanaka's Braden Currie defended his pro title at the Paymark XTERRA Rotorua Festival on Saturday.

"I had so much fun and did everything I wanted to do yesterday. It felt great to be back doing what I love and feeling stronger than I ever have," Currie (29) says of his victory.

He was neck and neck with Osborne out of the 1km swim and into the mountain bike, but managed to pull away on a couple of the big climbs towards the end of the bike leg, before stretching out his lead on the 11km trail run.

"I'm back doing what I really enjoy and feel like after my triathlon training over the past few months that I have the ability to be more consistent across all three disciplines. My swimming is faster, my bike speed has improved and I can gap it on the run," Currie says.

With speed however, there is always risk and Currie had what he described as "an epic crash" on the 26km mountain bike section.

"I was just sitting on Sam's wheel and just scored a wrong line and went straight over the bars at full speed and slipped down the bank on my shoulder and head. I came to a stop and collected my bike and lost all my gels. In a way it was good because it made me refocus."

Getting straight back into XTERRA racing where he achieved his career-best result last year – second at the World XTERRA Championships – was also a positive way for Currie to refocus after spending the past six months aiming for a spot in the New Zealand Olympic triathlon team.

Despite not making the team, Currie has learnt an incredible amount and grown stronger as an athlete.

"It has been such a huge learning curve. I really enjoyed the change of racing disciplines and it has definitely taught me a few new tricks."

"For Braden with only a short period of time it was to be a big task mentally and physically to step into a new realm of ITU triathlon - one that he took on with passion and determination."

"Physically we had to work very hard to try to bring up his run speed and open water skills to meet the demands of ITU racing, which as we saw in Rotorua yesterday, is having a great cross-over benefit. 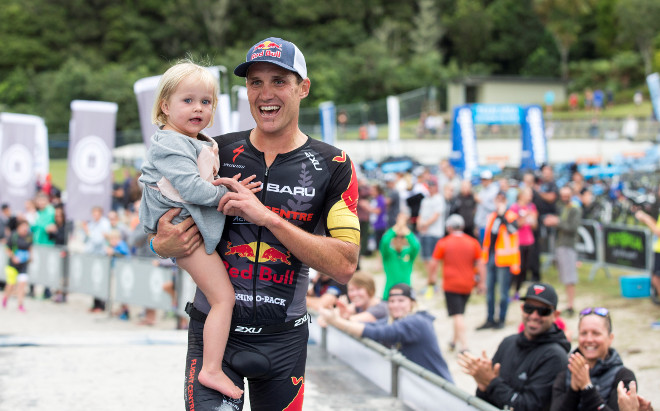 
Furthermore for New Zealand Triathlon it was great to have another male putting his hand up and giving it a shot, showing the younger athletes how to race with tenacity and a complete will to win the race and get to the top," Brazier says.

Currie will head to the XTERRA Asia-Pacific Championships next weekend in New South Wales, Australia, where he will aim to back up his 2015 win, before having a break to decide what direction he will take next.

"I want to take some time with my family to rest and recover after what has been a full-on few years of racing. I want to thank them, plus my friends, supporters, Tri NZ and especially my sponsors, for sticking by me as I stepped into a new challenge. It was truly humbling to know so many people were behind me willing me on," Currie says.
TRIATHLON