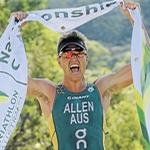 With the Victorian and Australian titles already decided, only the Queensland championships remain as the third and final TreX qualifier for the upcoming 2016 ITU Cross Triathlon (X-Tri) World Championships in November.

The 31-year-old Wollongong native and 17-time Xterra champion could become the first elite male and only second athlete in the event’s six-year history to sweep all three Dirt Master titles since Connie Silvestri (QLD) claimed all three with wins in Victoria, New South Wales and Queensland in 2012.

The two-day multisport weekend is highlighted by the long course race on Saturday consisting of 1500-metre swim, 30-kilometre mountain bike and 10-kilometre trail run in and around the rainforests at Ewen Maddock Dam in Landsborough.

Aside from the long course state champs, Dirt Fest also offers sprint, junior and dirt kids x-tri events as well as an 8k and 4k trail run,  and 50k and 20k XC MTB.   The ever popular Queensland Dirt Master and Dirt Mistress titles, currently held by Damien Collins (QLD) and Renata Bucher (SUI), combines all three long course events across two days, with the title of Dirt Master and Dirt Mistress being awarded to the athlete with the best cumulative times across 100 grueling kilometers in this ultimate off road endurance challenge. 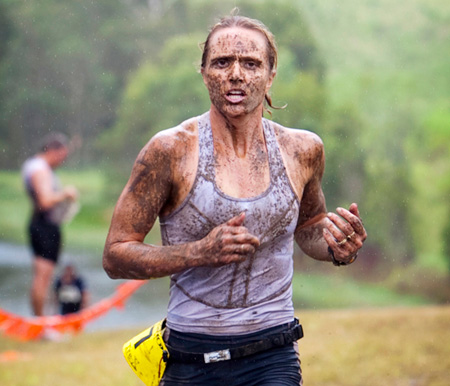 “It will be a very prestigious honor to join Connie if I’m able to pull it off,” Allen told In2Adventure on Tuesday. “The Dirt Master is very special, because only a handful of athletes have the will and desire to push through the pain and challenge themselves to see how far they can go! It’s very mentally challenging, the feat of accomplishment is cast upon only the brave.”

Silvestri, who will trade the starting line for the sideline to cheer on daughter, Georgia, who has already qualified for the upcoming ITU Cross Triathlon (X-Tri) World Championships (18-19 November) in the 15- to 16-year-old junior elite division, fondly recalls her historic accomplishment.

“It meant a lot for me to do it,” admitted Silvestri, who was both inspired and motivated by racing eventual London Olympics bronze medallist, Erin Densham (NSW). “But it actually crept up on me. It wasn’t really my main goal. It just happened because of the way I trained.

“I used to leave no stone unturned and off-road Trex was my absolute passion to compete in and I really just enjoyed training hard for it so much.

“When I finally won, I was proud of the achievement and thought it would be repeated straight away. Then when it wasn’t I realized it was actually a tricky feat.” 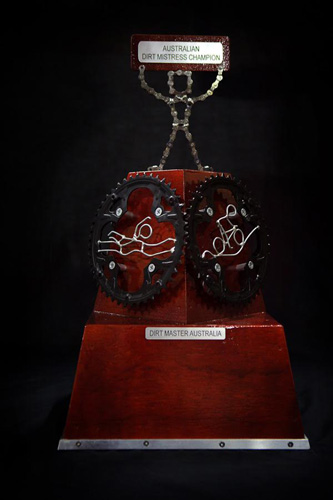 Silvestri sees a lot of similarities in Allen’s approach to the sport and feels it’s only a matter of time before he joins her in the history books.

“Ben is very passionate about this sport and he probably didn’t exactly set out to do this but he trains his arse off and now that he his really in prime position, he would be aiming for it since no one else has done it.

“He will be remembered for a long time, rather than just winning a triathlon – it’s way more then that.”
In2Adventure event director Robyn Lazenby agrees with the 2013 Australian women’s champion.

“It’s so amazing that we may have another name on the Australian Dirt Master Trophy as this is such a unique and challenging honour to obtain and only goes to those at the very peak of ‘Off Road’ performance,” explained Lazenby. “To have such an incredible athlete as Ben Allen in the running is a great privilege and we can’t think of anyone more worthy of the title.” 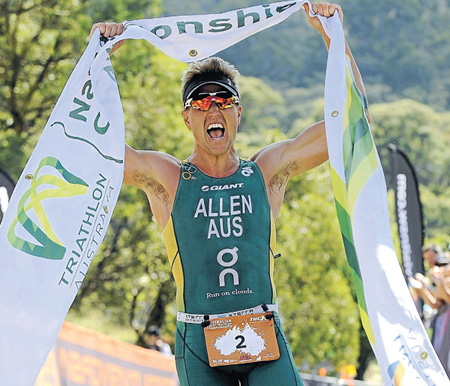 The Queensland championships remain as the third and final TreX qualifier for 2016 X-Tri Worlds.

Event host In2Adventure also made history when it won a bid to host the X-Tri Worlds at Lake Crackenback in the heart of the iconic Snowy Mountains of New South Wales. This marks the first time the Worlds will be held in the Southern Hemisphere

The road to victory will not be easy, with 20-year-old Neumann looking to defend his crown on home soil after recently claiming the Australian under-23 championship and earning an automatic bid for the X-Tri Worlds.

“It’s never easy toeing the line in the Dirt Master,” said Allen. “Luck, strength and the will to continue to push and not give in when you body says ‘stop’ … I enjoy the challenge and can’t wait to tackle the Queensland Dirt Master Champs – making it three for three!”
TRIATHLON