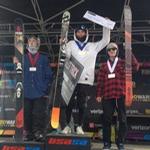 Another Win for Finn

Wanaka freeskier Finn Bilous has capped off a hugely successful season of international competition by claiming back to back wins at The United States of America Snowboard and Freeski Association’s (USASA) National Championships. Finn won yesterday’s slopestyle competition and the halfpipe today.

Held in Colorado at Copper Mountain resort, the USASA Nationals include competitions in halfpipe, gravity cross, slopestyle and alpine spanning across 12 days with 2,000 athletes. It is one of the largest snowboarding and freeskiing competitions in the world.

The open men’s freeski slopestyle and halfpipe competitions both saw tight battles for the medal positions with Finn Bilous having to pull out all the stops to win.

Monday’s (US time) slopestyle final came down to the wire. Having qualified in first place, Finn was in the lead after his first finals runs with a score of 87.2. The live scoring feed then failed and with a few riders still to take their final runs there was no knowing the score to beat.

It turned out to be a good decision as Swadburg had indeed pulled ahead. Finn went all in with his step up run, winning a prize for the best trick in the process, with a switch 7 bonk on the second rail feature followed up with back-to-back double cork 10s, regaining the lead with the very last run of the event.
While a crash earlier on in the slopestyle competition had left him a little stiff and sore for the halfpipe event, Finn says that the mental boost of a win gave him confidence and “took the pressure off.”

The halfpipe final was another nail-biter with the Kiwi once again leaving it until his last run of finals to put down the run he wanted to take the victory. 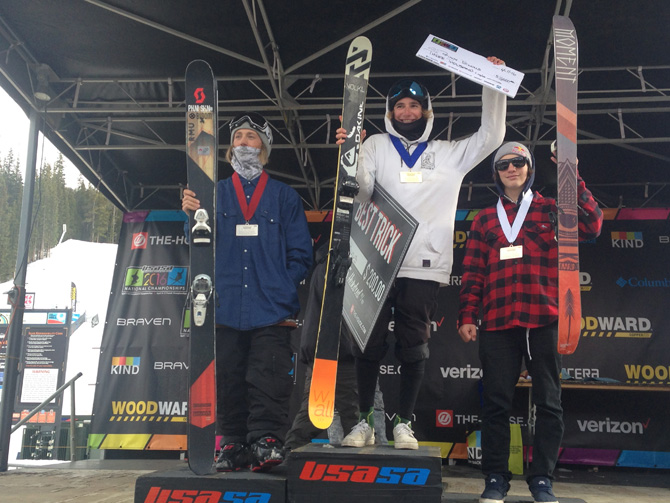 Putting down a safe run in qualifying to make the finals in third place Finn knew he would need to lift his game.  He added a left 1080 to his run but was still sitting in third place after the first run of finals.  On his last run he showcased the trick progression which he has worked on all season, including all four direction rotations (starting the trick backwards, forwards and spinning left and right), and finishing up with his signature ally-oop 720 variation giving the judges no choice but to put him on top of the podium.

These results round out a stellar season for the 16-year-old skier who won New Zealand’s first ever Winter Youth Olympic Games medals in Norway in February (silver in slopestyle, bronze in halfpipe).

“It’s been an amazing season and I’m really grateful to have had these opportunities,” says Finn. “I’ve really enjoyed the travel, I’ve focused hard on competition and I’ve had a lot of fun.”