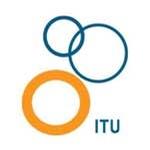 The International Triathlon Union (ITU) is pleased to announce that the number of triathlon Technical Officials increased a total of 13% in 2015 as a direct result of the 54 Technical Officials (TO) seminars and courses that ITU held throughout the world.

“The growth and development is imminently important to us as the International Federation,” said ITU President and IOC Member Marisol Casado. “That’s why we have in place a large number of sport development programs that are designed to facilitate growth at all levels - from grassroots to the Olympic Games.”

In addition to the growth, the number of certified female Technical Officials rose from 27% to 30%. Spain leads with the highest number of women TOs, followed by Canada and Brazil. The Czech Republic lead in gender balance, with a perfect distribution of 50% per gender for Level 1 Technical Officials.

Hungary and Fiji also lead in gender balance within the Level 1 courses, while Great Britain, Portugal, Mexico and Uzbekistan share the top spot on the gender equity list for ITU Level 2 Technical Officials.
Similar to last year’s results, Spain, China and Brazil share the first three positions in terms of National Federations with the largest number of officials in all levels of certification.

Canada is the National Federation with the largest number of ITU Level 3 officials, which is the highest level of certification possible. Spain and New Zealand follow close behind.

In the upcoming months, Portugal, New Zealand, Egypt, Netherlands or Romania will host Technical Officials Level 1 seminars, while Japan, Mexico and Peru will continue with Level 2 seminars. Please refer to the Development calendar for the complete list of seminars and courses.
TRIATHLON