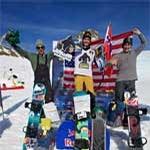 The 11th edition of the Völkl World Rookie Final just crowned the best overall boy and girl at the Ischgl Snowpark. This year, the weather conditions did not help both riders and organizers, in fact after the first sunny day of qualification for rookie and grom boys, the qualification for the girls had to be cancelled. The final day was also postponed and it took place on Sunday, the 10th of April, when finally the sun came out again and gave the possibility to the both male and female riders to show their skills and their talent in the Ischgl Snowpark. In the final, 32 best overall boys and all the registered girls, that did not have the possibility to do the qualification day, showed an incredible level of riding with solid tricks in the two final runs.

Enna Ikola from Finland, took the first place in the rookie category with a backside 360 melon on the first jump, frontside 360 fs grab on the second one, frontside air tailgrab on the spine and finishing up with a lipslide on the jib section. The finnish rider showed a nice and clean run, but at the end, the 12 years old, Kokomo Murase from Japan won not only in the grom category, but also the best overall girl of the Völkl World Rookie Final. The young Japanese destroyed the snowpark with backside 360 tailgrab and frontside 720 on the jumps, followed by a frontside air to fakie and a cab 180 to boardslide on the jib obstable. 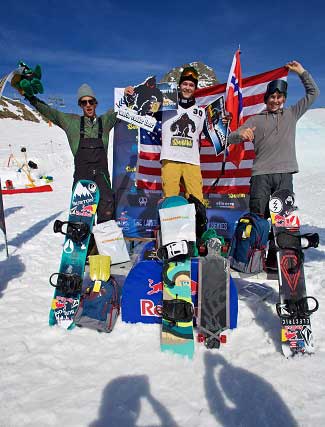 After the girls final, it was time for the boys. The best 32 overall boys showed an incredible level of riding and at the end the champion was crowned. Isak Ulstein is the 2016 Völkl World Rookie Champion thanks to an incredible run consisting of a frontside 1080 fs grab and a backside 1080 mute on the jumps, a backside rodeo 540 tailgrab on the spine and 270 to boardaslide 270 out on the jib section. In the grom category, the level was pretty impressive, considering that the first grom ended up 4th in the overall ranking and the name of this future pro is Takeru Otsuka from Japan that performed a cab double cork 900 mute on the first kicker, a backside double cork 1080 mute, followed by a beautiful michalchuck melon transfer on the spine and concluding with a backside 270 boardslide on the final obstacle. 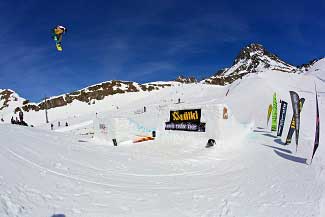 All the rookies and groms on the podium at the Völkl World Rookie Final get incredible prizes: besides the Yeti thropies, 2 tickets to the RedBull Open, 2 tickets for the Pleasure Jam, tickets for one week surfcamp in Santader, 2 all inclusive tickets to the 2016 South America Rookie Fest in Chile, 2 invitations to the Rookie Photo Shooting in Livigno, many invitation to the 2017 World Rookie Tour stops and various prizes from Völkl, Pieps, Gloryfy, Ruffboards and Ischgl.