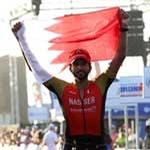 While he exited the waters of Nelson Mandela Bay four minutes behind the race leaders after a 3.8-kilometer swim, the 2014 Ironman World Championship runner-up steadily made up the difference to enter the top ten within the first 40 kilometers and finish the 180-kilometer cycle course in fourth place. By 21 kilometers into the run, Hoffman had seized the front position and sealed his win with the day’s fastest marathon.

“It was a hard winter of work and everything came together on the day, so I’m ecstatic,” he said. It was by no means an easy win, with Tim van Berkel on his heels through the bike and run. “There’s no easy Ironman and it was tough all day long. I had a bit of a shocker in the swim, it was really rough out there and I had to battle back on the bike, and fortunately I had my run legs. I was able to drop Tim about 22K in and push on, but he never let up so even at the final turnaround at the end here I was only a minute up on him. I really had to stay on the gas all the way to the end.” 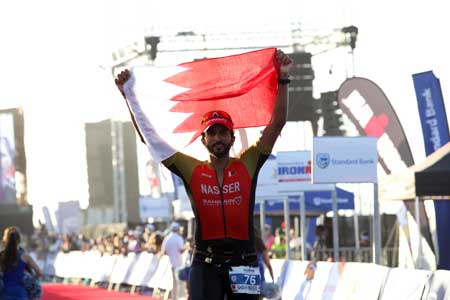 However, it was not the day for power couple Jodie Swallow and James Cunnama. Swallow held the lead from the swim through the halfway mark on the bike, but a bloody crash after the turnaround changed the race dynamic. While she still managed to get off the bike in second place, after jogging a few minutes she decided to pull out. Cunnama was in the men’s top ten through to the bike finish, but also ended his race early on the run. “It was a bad day,” he said.

Brent McMahon had his share of bad luck, catching the flu in the lead up to Ironman 70.3 Texas which also resulted in a DNF. But expect to see these champions return to fight another day.