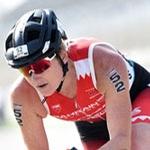 Bahrain Endurance turn up in force at Ironman South Africa

Bahrain Endurance are out in force at the year’s first regional championship at the Ironman African Championship in Port Elizabeth, South Africa. Not only is Jodie Swallow out to defend her title won in spectacular fashion last year, but James Cunnama seeks to master his hometown race, David Plese kicks off his season, and Ben Hoffman marks his first race in Africa.

They are also out to support Team Captain His Highness Shaikh Nasser Bin Hamad Al Khalifa in his bid to qualify for the Ironman World Championship.

Swallow, who very recently became engaged to longtime partner and coach Cunnama, has been chafing at the bit for the race. She says, “For some reason there are some races that just resonate with athletes personally, and this is mine. I’ve a gold, silver, and bronze here in my three-year run but am most proud to have always had good performances here and dictated the race. I don't see why this year would be any different.

“James thinks I'll be very fast but I'll just concentrate on keeping my head down and on my process goals. If others have a better day then so be it, it is my job to make myself and my team proud.” 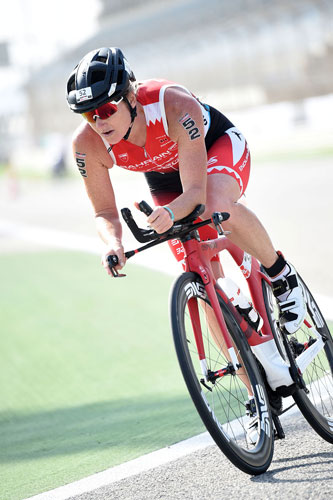 Cunnama has had his share of ups and downs at Ironman South Africa, but understands what is ahead of him. He says, “The race that got me into the sport, and has frustrated me ever since. I have had many challenging days here. This year the course has changed again, but the usual well-known rough roads and winds are to be expected, as is the usual tough field of competitors in a championship race.”

Hoffman is set for his debut race in Africa, after having a good build-up at home in Boulder and tune-up 70.3 races in Buenos Aires and Monterrey. “I’m beyond excited to join my Bahrain Endurance teammates and His Highness Prince Nasser. This is my first trip to Africa and I have heard nothing but great things about this championship event,” he says. “I feel strong in body and mind, so now it is just about execution on the day.”

Plese has been training with His Highness Shaikh Nasser and both made the trip across from Bahrain to South Africa a week in advance to scout the course and make the last pre-race preparations. Plese says of his preparation, “All went great for me, perfect preparation from February on. I had great support from His Highness and have been doing it right for Ironman South Africa. Now it comes down to see what I got. I’ll be ready on Sunday!”

Meanwhile, Brent McMahon has marked out his first test of the season at Ironman 70.3 Texas. After his annual training camp in Maui, he now feels motivated and ready to compete. He says, “I am feeling strong and excited to challenge myself this weekend. I have been spending a lot of time in the trade winds of Maui, so I’m ready for the flat and windy course.”