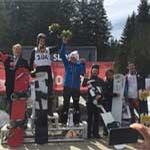 Snowboarder Duncan Campbell in the Medals at Junior World Champs

Queenstown snowboard cross racer Duncan Campbell (19) has finished his northern hemisphere season on a high with second place at the Junior World Championships in Slovenia.

The 20th FIS Snowboard World Champs have been held in Rogla, Slovenia. With temperatures reaching 15 degrees Celsius and snow softening and melting at a rapid rate, the event organisers made the call to bring the snowboard cross finals forward one day. However, Duncan says he was “quite at home in the spring slush.”

After qualifying in eighth place in the seeding rounds Duncan set about honing his race tactics. With some good decisions he was able to pass his opponents and creep up the field to make the final cut of four for the final race. 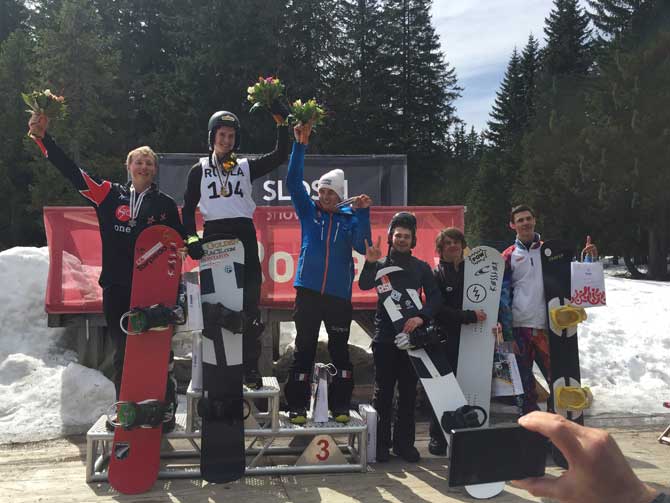 In the thrilling final heat, 19-year-old Austria racer Luca Haemmerle crossed the finish line ahead of Duncan Campbell with Vincent Dreme (FRA) in third place and odds-on favourite Daniil Dilman (RUS) having to settle for fourth after winning the title in 2014 and 2015.

“There couldn't have been a better way to finish my northern hemisphere season,” says Duncan. “Thanks heaps to everyone who helped me along the way.”

The Junior World Championships are open to snowboard cross athletes aged 16 to 20 years and showcase the skills of the sport’s future stars.  Duncan also competed at the 2014 event where he placed 21st.