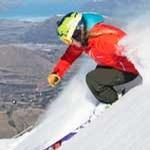 The Peak’s been around for nearly 70 years (the pioneer of New Zealand’s ski tourism trade) but doesn’t rest on its frosty-white laurels. The skiing and snowboarding’s as fabulous as always; think stupendous views, beautifully-groomed trails, rolling bumps and dips off-piste (the best fun ever), the infamous back bowls if you’re feeling brave and great beginner areas for littlies, families and those finding their ‘snow legs’.

But each and every year there’s new products, packages, improvements and additions on offer.

Top of the 2016 list is a new beginners’ area alongside the main base building deck (for newbie skiers and boarders getting out on the slopes for the first time). A change of scenery, more space than ever before and those beginners will be hooked before they know it and heading for the top of the mountain!

Talking of snow, the mountain boasts another brand new groomer this year – and the entire fleet’s been kitted out with the very latest SNOWsat GPS satellite technology. As the snow groomer driver sits in a comfy heated cab grooming the slopes night after night, he (or she) can see a three-dimensional model of the entire mountain with exact snow depths. Working hand-in-hand with the mountain’s extensive snowmaking system, the two systems ‘talk’ to each other so when lifts open each morning, you’re carving it up on the very best groomed snow conditions possible.

Snowmaking’s been given a boost too, with a 20% increase in electrical capacity meaning all 217 snowguns can fire out the white stuff when temperatures drop = more snow + quicker.

Coronet’s a fave with visitors – backed up by winning the Visitor Experience Award at last year’s Tourism Industry Awards and notching up a TripAdvisor Certificate of Excellence. It’s good to know that they’ve also been thinking about improving your journey to the snow.

For earlybirds who’re up there with the sun, they’ve added 50 new car park spaces to Car Park One (just a short walk to the base building) and a new pedestrian walkway makes that a breeze. The drop zone works a dream for dropping friends, family and gear up the top, and even if you sleep in and don’t find space in Car Park One, a regular shuttle service whizzes you up to the base building.

Renting gear or prepping equipment for the season? There’s a bigger and brand new state-of-the-art rental ski fleet from Head available on the mountain and a new range of 2016 performance skis from Head, Rossignol, Volkl and other leading brands. Every year its worthwhile checking the ski bindings (better than risking a nasty knee injury) so the Coronet Peak rental workshop’s Binding Calibration Machine will ensure skis are correctly calibrated and set. 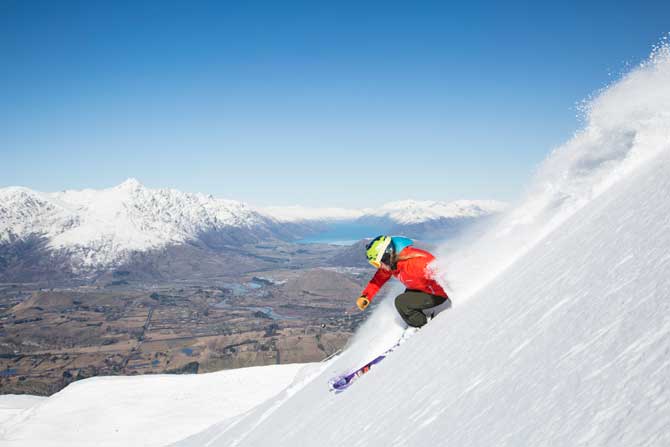 All that skiing makes you hungry, and we can’t talk about Coronet without talking food and drink. Good news is that the Coronet Peak restaurant menu has had a major refurb from Head Chef Dan Maroszek. As always the Coronet Peak deck’s the perfect spot to enjoy lunch or a coffee, the hugely-popular Ice Bar at the top of Greengates makes a re-appearance for snacks and drinks, and the Swiss Alps-inspired Heidi’s Hut in Rocky Gully will be as warm and welcoming as ever (the fire’s always cranking on a cold, snowy day) for coffees, pizzas and a glass of wine.

Let’s not forget all the other reasons to visit Coronet Peak this year. It’s only an easy 20-minute drive from Queenstown on a fully sealed road, and you’ll find plenty of locals up there too.

It’s still the ONLY ski area in the country with night skiing (Friday and Saturday nights from 4pm to 9pm July to September) and that’s a truly magical experience. With more lighting added a couple of years ago there’s more night ski terrain than ever before. Cruise down well-lit trails, hit the airbag (it doesn’t hurt!) in the Park After Dark or stop and breathe in the deep silence, bright starry skies and spot Queenstown glowing in the distance. It’s even more magical when it’s snowing.

More earlybird than night owl? Then get yourself up the mountain for First Tracks at 8am – carving up the corduroy or making ‘first tracks’ in virgin powder an hour before the lifts open to all. Combined with one of Dan’s delicious mountain breakfasts in the Café from 7am it’s well worth the early start.

For the best all-round family fun, non-skiers or young ones can experience the thrill of whizzing down a snowy slope with snow tubing in the beginner’s area - at night too!

Travelling with really young ones? They’re taken care of in Coronet’s fully-licensed Early Learning Centre. And lessons? There are lessons and packages aplenty with group, adult, kids, advanced and beginner packages click here. With over 200 instructors, many of whom represented New Zealand in the World Champs Interski Team, Coronet Peak’s ski school deserves its stellar reputation.

So what are you waiting for? Coronet Peak’s scheduled opening is June 11 2016.
TRIATHLON