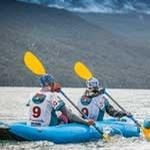 GODZone: Race On Between Leading Teams

The race is on between the two leading teams in GODZone Chapter Five as they head into their fourth day of racing.

Yealands are still in the lead as they trek through the Moll Tops of Nelson Lakes National Park, but Swordfox are closing the gap.

It comes after both teams spent the night on Mt Owen after a day of white water canoeing and mountain biking led them to the trek.

Behind them there are a bunch of teams vying for a spot in the top ten, with Mt Owen a potential sticking point.

Race director Warren Bates said: “The race at the front of the field is tight but further back the next few places are completely up for grabs with a large number of teams still in the mix for a top 10 finish. The big factor for the chasing pack is what time they will take on the summit area of Mt Owen – in the dark it is tough going and good route finding skills are imperative. That said, the top two teams made it look reasonably straight forward. 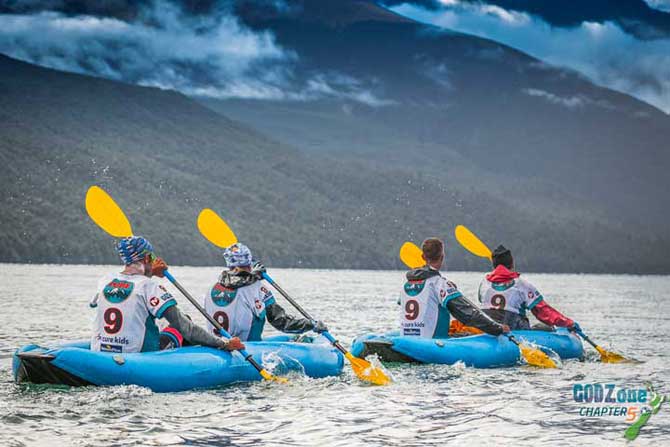 “We expect the bulk of teams currently on the Matakitaki River will get to Mt Owen in the dark – it will be a big decision whether to sleep, waiting for daylight, or continue into the dark.”

Teams at the back are racing to make it to the course cut off on time, with a few not expected to make it.

The leading Pursuit team are steaming through their shorter course, with the teams at the back sleeping quite a bit.

Bates added: “The teams are spread out over a big distance with some teams on the Lord of the Rings limestone of Mt Owen, others taking on the fast-becoming legendary rapids of the Matakitaki River, some trekking through Mole Tops of Nelson Lakes National Park and others racing up Lake Rotoroa with the cut off very much in mind.”