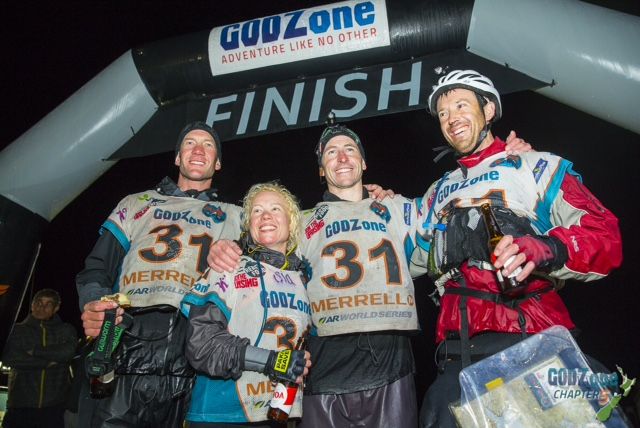 Crowds gathered on the beach to welcome the team, who said they ended on a high with their favourite day of the race.

Chris said: "Today was my favourite day, it was real cool that final trek just real gritty, big boulders, nice sunrise. It was nice to finish on a high. I was a little bit scared of the night paddle but it worked out really well, I guess the fine weather.

"This was our goal, I think we race really well as a team and we work together really well."

The team were rewarded at the finish line with a bottle of Moa beer and a hot pie - which Sia turned down, saying she had already eaten six today. 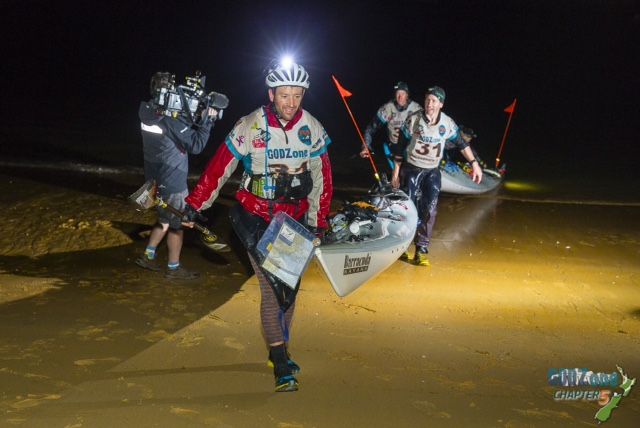 The team left Kaiteriteri at midday on Saturday and took 3 hours and 31 minutes to complete the coasteer and kayak to Rabbit Island. It was another 4 hours and 53 minutes for their mountain bike orienteering and ride to the start of the Red Hills.

The team were up in the Red Hills for 17 hours and 33 minutes, spent 4 hours and 13 minutes on the mountain bike ride and orienteering to Lake Rotoroa.

They went across the lake and the next trek in 13 hours 21 minutes, canoed down the Matakitaki River in 7 hours 11 minutes and did the next mountain bike trek in 2 hours 20 minutes. The final trek across Mt Owen took them 17 hours and 57 minutes. 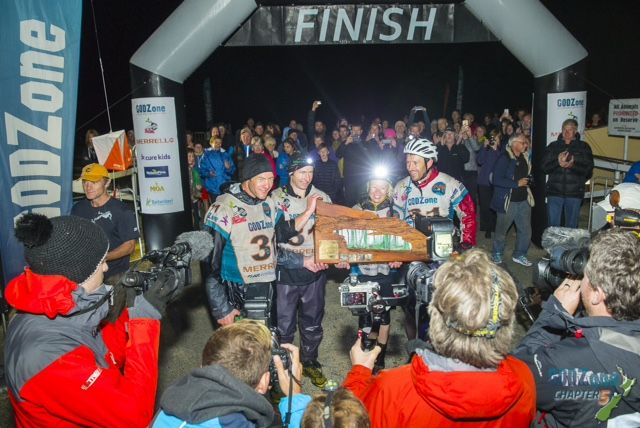 They then hopped onto their bikes and completed the mountain bike to Totaranui in 8 hours and 57 minutes. The paddle to Kaiteriteri beach took 5 hours 48 minutes.

According to the tracker, the team only rested for two short bursts, stopping for 2 hours 44 minutes just before check point 17 and 4 hours 15 minutes on Mt Owen.