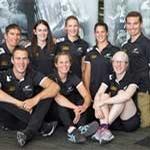 A team of seven Para-Cyclists have been selected by Paralympics New Zealand (PNZ) to the New Zealand Para-Cycling squad to compete in the Rio 2016 Paralympic Games this September. Emma Foy and Laura Thompson triple World Champions will be joined by Paralympian Kate Horan, making her Para-Cycling debut following a switch from Para-Athletics and  a silver medal at the Beijing 2008 Paralympic Games. The squad will include five Paralympic debutants and rising stars on the world stage. These include Emma Foy, Amanda Cameron, Hannah van Kampen, Byron Raubenheimer and Stephen Hills. The announcement was made at the team’s National Training Centre at Avantidrome in Cambridge today and marks the third Para-Sport announced for the New Zealand Paralympic Games team, taking the team to 17 Para-Athletes to date.

This group of talented Para-Athletes are part of the Para-Cycling programme that has become the envy of other nations, with results that punch well above their weight for a small country.  Since the London 2012 Paralympic Games these Para-Cyclists have had a list of stunning successes including two World Records, three World Champion titles, and twelve World Championship medals.

Together, they are expected to play a significant role in New Zealand’s campaign at the Rio 2016 Paralympic Games, which commence on 7 September, 2.5 weeks after the Olympics.

Collectively, the New Zealand Team is aiming to win 18 medals, including 12 gold, across up to 7 different Para-Sports. The team also hopes to retain its London 2012 title of number one in the world, medals per capita.

Emma Foy only entered the sport of Para-Cycling just over three years ago and in that time has made a meteoric rise through the Para-Cycling world, becoming the one to beat internationally. As part of a tandem pairing with Laura Thompson (sighted pilot) they have successful won the World Championships in the Women’s 3km Pursuit (track) in 2014 and defended it twice, in 2015 and 2016.

Thompson brings extensive Paralympic Games experience to the team after competing at the London 2012 Paralympic Games as sighted pilot for Phillipa Gray. Thompson and Gray secured gold, silver and bronze medals at London 2012 – including a brilliant gold and World Record in the 3km Pursuit. 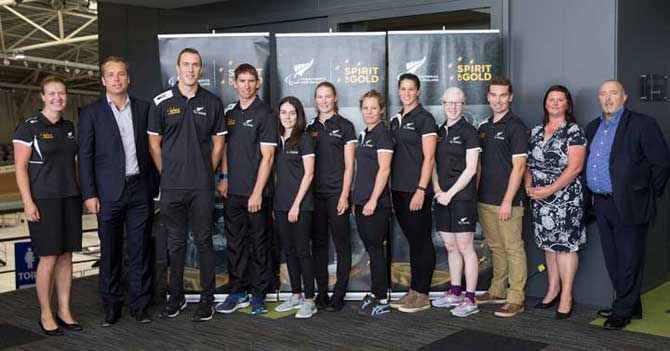 Kate Horan, already well-known for her silver medal winning performance at the Beijing 2008 Paralympic Games on the athletics track, will compete in her third Paralympic Games, but her first in the sport of Para-Cycling. Since making the transition to Para-Cycling three years ago Horan has won three individual silver World Championship medals and will be seeking to add a Paralympic gold to her collection in Rio.

This wealth of experience will be invaluable as Paralympic Games debutants Amanda Cameron, Hannah van Kampen, Byron Raubenheimer and Stephen Hills, look to represent New Zealand at their first ever Paralympic Games. All four Para-Cyclists have accelerated through PNZ’s Para-Cycling Development programme, and into PNZ’s  High Performance team in record time.

Amanda Cameron made her international debut at the 2016 UCI Para-Cycling Track World Championships only two months ago, in March. An exceptional performance saw her finish 5th alongside sighted pilot Hannah van Kampen, together setting a personal best in the Women’s B 3km Pursuit.

Both Emma Foy and Amanda Cameron will train and compete alternately with sighted pilots Thompson and van Kampen over the next few months, until the final tandem pairing combinations are confirmed in early July.

Fellow team mate Stephen Hills will be the first New Zealand Para-Cyclist to take to the road in the trike event at a Paralympic Games. He will be looking to build on his success at the 2015 UCI Para-Cycling Road World Championships where he gained two top six placings.

Fiona Allan (Chief Executive, Paralympics New Zealand) said, “It is my great pleasure to announce our third group of Para-Athletes to the Rio 2016 Paralympic Games today and I congratulate Emma, Laura, Kate, Amanda, Hannah, Byron and Stephen on their achievement. We now have 17 exceptional Para-Athletes selected to the New Zealand Team so far, across Para-Cycling, Para-Swimming and Para-Sailing, with a further 15 or so possible across up to another four Para-Sports.”

Alex Baumann (Chief Executive, High Performance Sport NZ) said, “We believe this is one of our strongest ever Para-Cycling teams to attend a Paralympic Games. With truly world leading Para-Athletes and a world class support team, I would like to congratulate all the Para-Athletes selected today and acknowledge their hard work and dedication in their pursuit of excellence”. 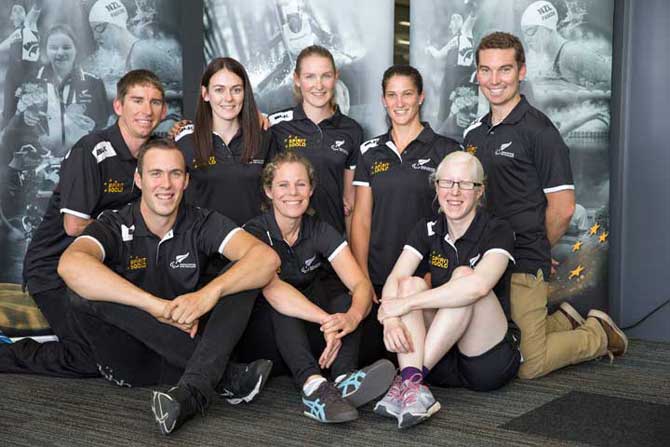 The addition of the Para-Cycling squad takes the New Zealand Team to 17 selected Para-Athletes to date, with selections pending for up to another four Para-Sports over the next 10 weeks. The final team is expected to be between 25-35 Para-Athletes in total. Last week the Para-Swimming squad of seven was announced led by Paralympic gold medallists Sophie Pascoe, Mary Fisher and Cameron Leslie. In early March, former America’s Cup sailor and multiple World Champion, Rick Dodson, Chris Sharp and double Paralympian, Andrew May, were selected in the 3-person keelboat event (Sonar).

The Rio 2016 Paralympic Games, which begin exactly 2.5 weeks after the end of the Rio 2016 Olympic Games and take place in the exact same location and venues, will run from 7-18 September 2016. The Games are the world’s largest multi-sport event for disabled athletes; over 4,350 athletes from 178 countries are expected to compete in 22 sports, with 526 medal events taking place.

The Rio 2016 Paralympic Games will be broadcast in New Zealand. Viewers can catch Games action as it happens every day on TVNZ’s fully live streamed TV channel DUKE, together with extensive delayed and highlights coverage. Along with ONE News coverage, a special highlights programme will air every night on TV ONE and will be available online through TVNZ OnDemand and AttitudeLive.com.

The full Para-Cycling squad is:
TRIATHLON