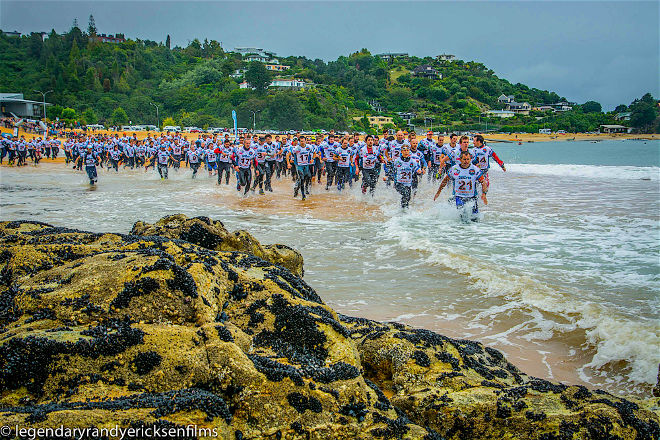 The action has been on the water for the start of GODZone Chapter 5 that saw hundreds of locals witness competitors heading off on the 530km expedition adventure on Saturday.

Teams sprinted off the start line on Kaiteriteri beach on midday swimming and coasteering around the rugged coastline to Stephens Bay and the first kayak stage to Rabbit Island.

2.4 metre waves provided some exciting thrills and spills for many teams who ended up in the surf resulting in a cracked kayak for the RebelFood team.

"Both these teams set record transition times with Swordfox assembling their bikes in less than seven minutes. That's a super fast turn around onto the second stage orienteering and mountain biking.

"The orienteering entailed two point to point courses set up by the local Nelson Orienteering club and teams could choose to do split up and do them in two pairs or one stick together. It's a good mental challenge and helps to separate them out from the rest of the field and start to establish individual racing patterns," says Bates.

Massive crowds of spectators at Rabbit Island clapping and cheered the teams on and the Cure Kids team with Richie McCaw attracted plenty of attention. 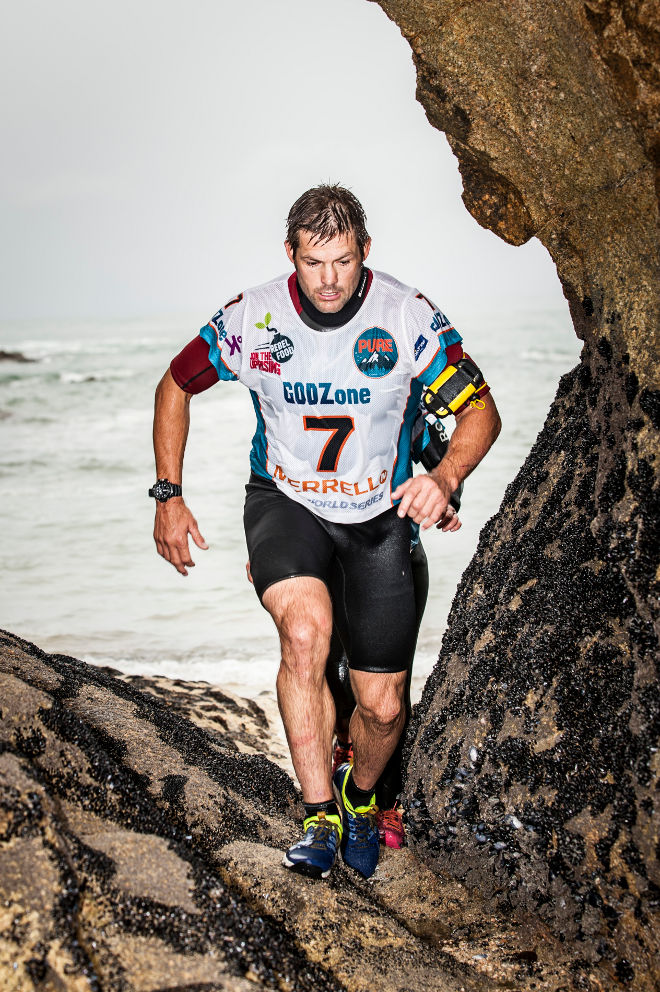 "There was a good bit of banter as they went through the transition with Sarah asking Richie if he felt like going out on a wee bike ride now. They are in really good spirits," says Bates.