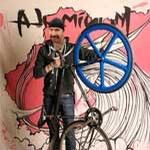 One of the world's top Bike Polo teams will be at the Rotorua Bike Festival in 2017.

The dates for the 5th anniversary festival are still to be announced, but the Dublin Bike Polo Club are already committed.

"New Zealand is a place we love visiting," said team captain, Paul Hewson, on the phone from their HQ, Dublin's Clarence Hotel.

"And Rotorua is a must-see for any bike fan. The Maori culture is incredible and there's nothing like soaking in a hot pool after a match."

With a confirmed programme for next year's festival still some months away, Hewson is unsure if bike polo will feature.

"We really don't mind as there seems to always be a fantastic array of events," Hewson added. He's still recovering from a serious injury, but remains unflinchingly enthusiastic about his sport. "We'll be at the QE Health Ride the Runway at Rotorua Airport and we're musos so we might pull out the guitars and get up on the Rogue Stage. Same, if the Mountain Biker's Ball is on again. Anything for a good cause."

The team were scheduled to be in Rotorua in 2010.

"That all got a bit messy," said team co-captain, Dave Evans. "It became a legal issue and I can't say anything more, but we are looking forward to the trip at last. We really like the whole nature of the festival - getting everyone on bikes. We'll be sticking around for Crankworx, too" 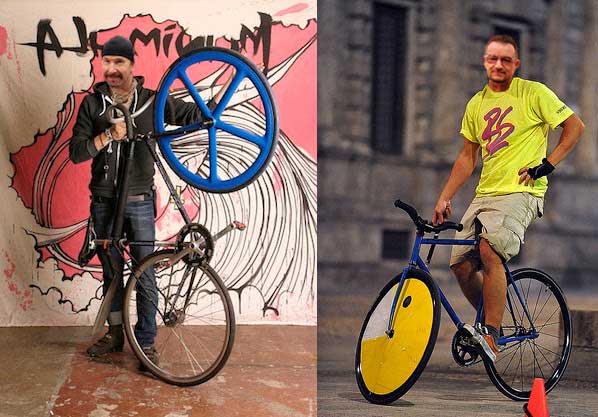 It is exciting news for the Festival team.

"This is the one we've really been looking for," said David Crowley from the Bike Festival Charitable Trust. "It's great news, but, with or without them, the Festival is sure to be another big success."

The 2016 Festival broke participant records with around 5600 taking part over the 10 days. That's more than double the numbers for the inaugural festival in 2013.

"Keep an eye on our Facebook page for announcements about dates and events over the next few months," added Crowley.

And the 2016 Festival isn't over. The Sprint Warrior was postponed during Festival week because of the weather.

It's been rescheduled to Saturday, April 9 and entry is open.

At Skyline, it is a downhill dash and an opportunity to relive the excitement of Crankworx Rotorua a couple of weeks ago.

For the larger warrior, there's the Mountain Bike Rotorua Hundy Fundy (100kgs plus) and the hukkit Sick Trick returns.

And it doesn't stop with the Warrior.

The Rotorua Bike Festival is supported by RotoruaNZ.com, Rotorua Energy Charitable Trust, The Southern Trust and the Lion Foundation.
TRIATHLON